Psoriasis patients at the study site reported possible allergy symptoms and were tested for common allergens by skin prick test and IgE levels. Psoriasis was classified by PASI scores (Psoriasis Area and Severity Index) as mild (PASI <10) or moderate/severe (PASI ≥10). Patients without systemic therapy were assessed separately. Fisher’s exact test was used to test for differences.

Allergy prevalence was not reduced in patients with moderate/severe psoriasis, and generally close to the prevalence in the general Austrian population (24%). The inhibiting effect of psoriasis on type 1 allergies was not confirmed. 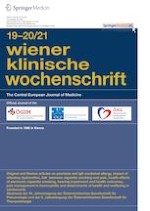