Frank’s sign (FS) was described in 1973 as an auricular marker for cardiovascular disease presenting as a crease of the auricular lobule. Since its first clinical description, there have been multiple studies underlining the role of FS in a myriad of conditions, such as atherosclerosis, hypertension, cerebrovascular disease, peripheral artery disease, metabolic diseases as well as studies looking at physiological differences in the auricular shape that may mimic FS; however, a complex study to comprehensively analyze the clinical, gross, and histological findings of patients with FS has not yet been performed. Most studies focused on a specific system, mechanism of disease entry. This short review tries to summarize the current knowledge of FS in relation to diseases as well as its clinical classification, histology, and association with the recently described paired ear creases of the helix, as an attempt to reveal the dubious role of FS as a possible prognostic and predictive marker.
Anzeige
Vorheriger Artikel Educational programmes for frail older people, their families, carers and healthcare professionals
Nächster Artikel Scala vestibuli cochlear implant supported by 3D modeling of the inner ear 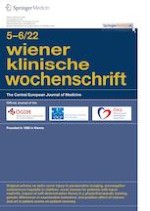 Impact of self-determination theory in a physiotherapeutic training