Metformin is the most widely prescribed orally active anti-hyperglycemic drug in the world today, which was discovered way back in the seventeenth century and launched in the twentieth century [ 1]. It is the first choice anti-hyperglycemic for type 2 diabetes mellitus (T2DM) in combination with lifestyle intervention unless there are contraindications or intolerability, the maximum recommended dose being 2500‚ÄĮmg [ 2]. It is the only oral anti-hyperglycemic approved for T2DM in children and prediabetes [ 3]. With well-established efficacy and safety, it is inexpensive and may reduce risk of cardiovascular events and death [ 4]. It is also recommended as an alternative treatment for infertility due to polycystic ovarian syndrome in selected cases [ 5]. Several studies have led to its off-label use in fatty liver disease, obesity, thyroid disorders, dementia prevention and cancer prevention [ 5, 6]. Metformin is available as immediate-release (IR) and extended-release (ER/XR) formulations. Metformin IR and metformin XR were patented by Bristol-Meyers Squibb in 1998 and 2000 under the name Glucophage and Glucophage XR, respectively. Subsequently, after the end of patent protection, both the formulations are now manufactured as a generic by multiple pharmaceutical companies. ‚Ä¶
Anzeige
Vorheriger Artikel Acute viral myositis: profound rhabdomyolysis without acute kidney injury
N√§chster Artikel Diagnostik, Pr√§vention und Therapie des Lymph√∂dems 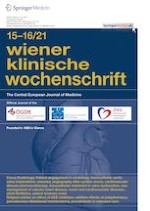