The records of patients who underwent pterygium surgery with LCAT in the Sifa University Hospital and Batigoz Eye Health Center between April 2009 and February 2010 were retrospectively reviewed. The results are evaluated and compared with the chi-square test.

LCAT is an effective and safe treatment for primary pterygium. 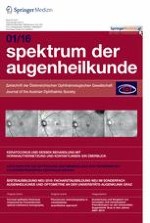