A significant percentage of patients have an unfavorable outcome following primary total knee arthroplasty (TKA). This study aimed to evaluate whether specific knowledge about the implant and resilience can influence the functional outcome following TKA.

The mean overall knowledge score was 3.5 out of 7 and the mean resilience score was 72.9 out of 100. Mean WOMAC and UCLA scores on admission were 23.8 and 5.5, respectively. Stepwise linear regression analysis identified knowledge and age as significant predictors of WOMAC scores (R2 = 14.3%, p = 0.003). Knowledge and resilience were identified as significant predictors of UCLA scores (R2 = 13.8%, p = 0.013).

This study highlights the importance of patient-related factors as part of an integral patient care concept in TKA. Although the identified predictors still need to be refined, it could be demonstrated how better patient knowledge might ultimately lead to better functional outcome following TKA. Routinely assessing patients’ resilience might be a useful tool to identify patients at risk for low activity levels. 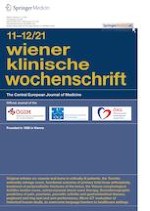