This article discusses the impact of the ‘second’ Vienna Medical School, hallmarked by Karl Rokitansky, Joseph Skoda and Ferdinand Hebra, on the study and practice of medicine in Hungary. Six medical doctors’ lives and achievements are outlined, who formed a bridge between Vienna and Budapest through their studies and work. Four of them returned to Hungary and promoted the cause of medicine and medical education there. Lajos Arányi (1812–1877) founded in 1844 the Institute of Pathology at the University of Pest. János Balassa (1814–1868) took the Chair of the Surgical Department. Ignaz Philip Semmelweis (1818–1865), the ‘Saviour of Mothers’, received a position at the Department of Obstetrics and Gynaecology in Vienna in 1846. Gustav Scheuthauer (1832–1894) became Arányi’s successor. Each of them continued to keep contact with their tutors in Vienna, especially with Karl Rokitansky, and followed the clinicopathological conception pioneered by the Vienna Medical School regarding diagnostics, treatment and prevention of diseases. Two physicians remained in Vienna: Mór Kaposi (1837–1902), who became known worldwide posthumously due to the connection between Kaposi’s sarcoma and AIDS, was the director of the Department of Dermatology of the Vienna University in 1878. Salomon Stricker (1837–1898) undertook the leadership of the Department of General and Experimental Pathology in 1872.
Hinweise
An earlier version of this article was presented as a paper at the Sixth International Annual Meeting on History of Pathology and Medicine of the working group “History of Pathology” of the European Society of Pathology in Vienna in May 2019 (see several of the contributions in Volume 170, issue 11–12, September 2020 of the WMW). After Prof. Béla Szende’s sudden death in June 2019, Prof. Attila Zalatnai took over and finalized the text. The authors gratefully acknowledge the help of Dr. László Molnár, director of the Central Archives of Semmelweis University, in assembling the data on Hungarian students at the University of Vienna and to Dr. Katalin Szabó, museum curator at the Semmelweis Museum of Medical History for securing access to Figs. 1, 2 and 3.

B. Szende and A. Zalatnai declare that they have no competing interests.
Open Access This article is licensed under a Creative Commons Attribution 4.0 International License, which permits use, sharing, adaptation, distribution and reproduction in any medium or format, as long as you give appropriate credit to the original author(s) and the source, provide a link to the Creative Commons licence, and indicate if changes were made. The images or other third party material in this article are included in the article’s Creative Commons licence, unless indicated otherwise in a credit line to the material. If material is not included in the article’s Creative Commons licence and your intended use is not permitted by statutory regulation or exceeds the permitted use, you will need to obtain permission directly from the copyright holder. To view a copy of this licence, visit http://​creativecommons.​org/​licenses/​by/​4.​0/​. 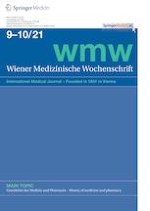 The snowdrop, wellspring of galanthamine

Carl Ferdinand von Arlt. One of the famous ophthalmologists of the 19th century—his life in Vienna