Asthma is one of the most common chronic diseases, which is a growing public health concern worldwide. In recent years, there has been an increasing number of interests in the relationship between vitamin D level and asthma control. Hence, the objective of this study was to assess the effect of high doses of vitamin D3 injection on asthmatic patient’s respiratory condition and quality of life.

The mean changes of forced expiratory volume in the first second (FEV1) were significantly different in subjects who received vitamin D3 injections (p = 0.008). Also, the mean changes in FEV1/forced vital capacity ratio (FEV1/FVC) were significant (p < 0.001) as well as maximum expiratory flow between 25% and 75% of FVC (MEF25-75) (p = 0.001). Interestingly, improvement in clinical parameters of SGRQ was also observed with significant differences in total score (p = 0.001). Naturally, serum vitamin D levels were increased in our patients following the injections (p < 0.001). 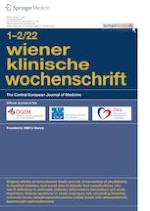