Comparing a visual and verbal semantic memory test on the effects of gender, age and education as assessed in a cognitively healthy sample | springermedizin.at Skip to main content
TOOLBAR 1 2 3 4
SUCHE MENÜ 1 2 3 4

Due to the increase of dementia diagnoses and individuals interested in monitoring their cognitive status, practical new neuropsychological tests are needed. Tablet-based tests offer a good alternative to traditional paper–pencil tests, as they can be completed remotely and independently. This study assessed two semantic memory tests (verbal and visual memory), in the scope of the creation of a new tablet-based battery—the International Neurocognitive Profil (INCP)—on the influences of demographic variables.

In all, 46 cognitively healthy participants who recruited at the memory clinic of the Medical University of Vienna were included in this study. They were asked to complete two tests of semantic memory and implicit learning: Capital Knowledge (CK) using verbal input and Flag Knowledge (FK) using visual input. Performance on the two tests was analysed according to influences of gender and age using two analyses of variance. Post hoc comparisons between age and gender groups were performed. In addition, correlational analyses were computed to assess strengths of association with age, gender and education.

These findings are important for the creation of normative samples for both CK and FK. Furthermore, this study underlines the importance of using different testing modes when assessing individuals’ semantic memory. 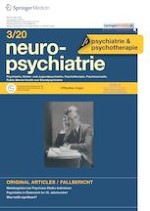 Metacognitive beliefs in individuals at risk for psychosis: a systematic review and meta-analysis of sex differences