This cross-sectional study was performed on 45 furniture workers and 45 office workers as a reference group in Iran.
The NIOSH method 0600 was used to determine the concentration of particulates. The prevalence of respiratory symptoms was estimated via the European Community Respiratory Health Survey (ECRHS) questionnaire. Oxidative stress biomarkers and respiratory parameters were also measured.

The mean concentrations of respirable and non-respirable dust were found to be 1.51 mg/m3 and 1.23 mg/m3, respectively. Pulmonary function parameters, including forced vital capacity (FVC), forced expiratory volume in the first second (FEV1), FEV1/FVC, and antioxidant capacity biomarkers such as total antioxidant capacity (TAC) and superoxide dismutase (SOD) were significantly lower, while the prevalence of respiratory symptoms, and malondialdehyde (MDA) levels, were significantly higher in the furniture workers than in the reference group. There were significant positive associations between FVC and FEV1 with SOD and TAC. 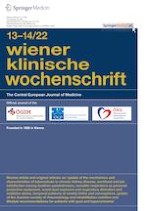