Cardiovascular disease (CVD) is the most frequent cause of death in Austria. The European Society of Cardiology (ESC)/European Atherosclerosis Society (EAS) guidelines recommend intensive lipid lowering therapy (LLT) in patients at high or very high CV risk. Lipid management and achievement of low-density lipoprotein cholesterol (LDL-C) goals in Austria have not recently been assessed.

Subgroup analysis for Austria of a European 18 country, cross-sectional, observational study. Patients received LLT for primary (PP) or secondary prevention (SP). Data including LLT in the preceding 12 months and most recent LDL‑C were collected during a single visit between June 2017 and November 2018. Achievement of the risk-based 2016 and 2019 ESC/EAS LDL‑C goal while receiving stabilized LLT was assessed.

The current Austrian routine lipid management using mainly moderate-intensity or high-intensity statin monotherapy is insufficient to attain ESC/EAS guideline goals, in particular the more stringent 2019 recommendations, a situation comparable to other participating European countries. In addition to switching to and optimizing doses of high-intensity statins, a combination with ezetimibe or PCSK9 inhibitors will be needed in many cases.
Begleitmaterial
Supplementary Appendix
Hinweise

Cardiovascular (CV) events are the most frequent cause of death in Austria with 36.1% of all deaths occurring in 2020, corresponding to 32,663 lives lost in Austria alone. Women (39.1%, n = 17,908) are more frequently affected than men (33.0%, n = 14,755) [1]. Lifestyle, blood pressure and lipid levels are among the core modifiable CV risk factors addressed by the joint guidelines of the European Society of Cardiology (ESC) and the European Atherosclerosis Society (EAS) [2, 3]. There is increasing evidence [4‐6] that lowering low density lipoprotein cholesterol (LDL-C) levels improves clinical benefit. This led to a further decrease in recommended LDL‑C goals for all patients, moderate to very high risk, in the 2019 edition of the ESC/EAS guidelines [3] compared to the 2016 edition [2]; however, attainment of guideline-recommended goals has often been demonstrated as being difficult to achieve in clinical practice. A study conducted in Austria in 2009/2010 found that attainment of the then recommended LDL‑C goal of <70 mg/dl was low and differed severely between Austrian federal states ranging from 5.9% to 38.5% [7]. Despite an increase in available treatment options, the most recent European Action on Secondary and Primary Prevention by Intervention to Reduce Events (EUROASPIRE V) survey [8] showed that as many as 71% of very high-risk patients did not achieve the 2016 ESC/EAS LDL‑C goals in the 27 participating countries; however, results varied widely across countries and even between centers. The Dyslipidemia International Study (DYSIS) II, investigating LDL‑C target attainment, lipid lowering therapy (LLT) usage, and CV outcomes in patients suffering from stable coronary heart disease (CHD) or acute coronary syndrome (ACS) in 17 countries in 2012–2013, showed >90% statin usage in CHD at enrolment at a mean dose of 25 ± 18 mg, but only 65.2% in ACS. The LDL‑C levels <70 mg/dL were only achieved in 29.4% of CHD and 18.9% of ACS patients. The authors mandated intensification of LLT in these very high-risk patients [9]. Austrian data are available from DYSIS I published in 2011 by Drexel et al. [10] and the results were comparable to the international data published later by Gitt et al. for DYSIS II [9]. Most efforts to estimate attainment of LDL‑C goals thus date from periods guided by older iterations of recognized international guidelines, therefore, there was a need to investigate the current situation with the aim to identify potential needs for improvement considering more stringent LDL‑C goals defined by the 2019 ESC/EAS dyslipidemia guidelines.
The aim of the present DA VINCI (EU-Wide Cross-Sectional Observational Study of Lipid-Modifying Therapy Use in Secondary and Primary Care) study was to assess how current clinical practice impacts LDL‑C goal attainment. Therefore, LLT usage for primary and secondary prevention of atherosclerotic cardiovascular disease (ASCVD) in Europe was comprehensively described; the Austrian cohort is presented here and descriptively compared to the previously published overall European DA VINCI findings [11].
Anzeige

Full details of the study methods are described in the overall DA VINCI study publication by Ray et al. [11]. In brief, this was an international cross-sectional study enrolling adults receiving LLT at primary and secondary care clinics across 18 European countries between 21 June 2017 and 20 November 2018. No formal study visits or study-related procedures were required. Data were collected from medical records at the enrolment visit using a standardized electronic case report form (eCRF) and included patient demographics and clinical characteristics; relevant past medical history, most recent lipid measurement recorded within 14 months prior to (and including) the enrolment visit, all LLT within 12 months before enrolment, history of intolerance to any statin at any dose, reason for LLT prescription in patients without previous ASCVD events and concomitant medications. Statin intensity was defined as per the American College of Cardiology/American Heart Association definition [12]. Primary prevention patients were assessed for the 10-year cardiovascular risk using the systematic coronary risk evaluation (SCORE) [13]. The SCORE was used to categorize primary prevention patients as low, moderate, high or very high risk. Secondary prevention patients with established ASCVD were categorized as very high risk by default. Estimated 10-year CV risk at LDL‑C measurement in these patients was estimated using the reduction of atherothrombosis for continued health (REACH) score [14]. The study schema in Fig. S1 of the online supplemental material shows relevant timepoints and measures.
The study included adult patients aged ≥18 years who were prescribed LLT and who had a documented LDL‑C measurement both within the timeframes defined above. There was an aim to enrol equal numbers of primary and secondary prevention patients on the site level. Secondary care sites aimed to enrol coronary, peripheral and cerebral (arterial) disease patients in a ratio of 1:2:2. Patients were excluded if they had a diagnosis of familial hypercholesterolemia with a history of CV events; further details are provided in Ray et al. [11].

All analyses were descriptive. Continuous variables are reported as mean and standard deviation (SD) or standard error (SE) for normally distributed data, and as median and 25th and 75th percentiles (Q1 and Q3, respectively) for data with a skewed distribution. For categorical variables, the number and percentage of patients in each category are reported.
Anzeige

The Austrian study cohort included 293 patients, enrolled at 8 sites. The majority of patients were male (58.7%, n = 172) and of white ethnicity (94.9%, n = 278). The mean (SD) age was 68 (11) years. Of the patients, 142 were in primary prevention and 151 in secondary prevention. Fig. S2 shows the patient distribution by ASCVD status. Sixty percent (n = 175) were ever-smokers, 55% (n = 160) had been diagnosed with diabetes mellitus. Table 1 compares patient demographics and medical history of Austrian patients with the overall study population, revealing a slightly older study population in Austria, and a larger number of ever-smokers and patients with diabetes mellitus.
Table 1
Baseline demographics and clinical characteristics
BMI body mass index, SD standard deviation

As per inclusion criteria, all 293 patients received LLT, 200 patients were receiving stabilized LLT at the time of LDL‑C measurement and were evaluable for goal attainment: 95% (n = 190) received any statin, 34% (n = 68) a high-intensity statin monotherapy, 46% (n = 91) a moderate-intensity statin monotherapy and 3% (n = 5) a low intensity statin monotherapy; 12% received a moderate-high intensity statin-ezetimibe combination (n = 23) and 2 patients (1%) received a combination of proprotein convertase subtilisin/kexin type 9 inhibitors (PCSK9i) with statin and/or ezetimibe (Fig. 1; Table 2). Of the patients 93 were not on stabilized LLT at the time of LDL‑C measurement (n = 30 primary and n = 40 secondary prevention patients) or SCORE or estimated glomerular filtration rate (eGFR) was not available to determine the CV risk (n = 18 primary prevention patients) or they had other vascular secondary prevention (n = 5; Fig. S2). In the primary prevention setting (n = 104) 56% (n = 58) of individuals on stabilized LLT received moderate, 24% (n = 25) received high intensity statins alone and 10% (n = 10) received a statin-ezetimibe combination. In the secondary prevention setting (n = 96) 34% (n = 33) received moderate, 45% (n = 43) received high intensity statins alone, and 14% (n = 13) received statin-ezetimibe combination and 2% (n = 2) a combination with a PCSK9 inhibitor (Fig. 1). Compared to the overall study population [11], Austrian patients received similar treatments, except a slightly higher percentage receiving high intensity statins (Table 2).
Table 2
Use of lipid lowering therapy
Fibrates: bezafibrate, clofibrate, ciprofibrate, clofibride, clinofibrate, gemfibrozil, etofibrate, fenofibrate, ronifibrate, simfibrate
Statin intensity was defined per the American College of Cardiology/American Heart Association definition [12]
LLT lipid lowering therapy, PCSK9i proprotein convertase subtilisin/kexin type 9 (PCSK9) inhibitors
aUse of any LLT at the time of enrolment or any LLT prescribed in the 12 months before enrolment
bStabilized LLT at LDL‑C measurement with no change in dose or regimen for at least 28 days prior to the LDL‑C measurement date
cAny use of a specific LLT regardless of whether a patient also received any other LLT
dAll LLT used by each patient
×

DA VINCI shows a large gap between 2016 ESC/EAS dyslipidaemia guideline recommendations and routine clinical practice in high and very high-risk ASCVD patients in Austria. The current routine management using mainly statin monotherapy of moderate or high intensity is inadequate, a situation comparable to other participating European countries. Especially the 2019 ESC/EAS LDL‑C goal for high-risk and very high-risk patients is largely unattainable on statin monotherapy. In addition to optimized high-intensity statins, a combination with non-statin LLT like ezetimibe or PCSK9 inhibitors will be needed to achieve guideline conform treatment in the majority of patients.

This study was sponsored by Amgen Europe (GmbH), Rotkreuz, Switzerland.

The study protocol was approved by the institutional review board or independent ethics committee at each participating site (full protocol available online, ENCePP; registration no. EU PAS 22075). All enrolled persons gave their informed consent prior to inclusion in the study. This study was thus performed in accordance with the 1964 Declaration of Helsinki.
Open Access This article is licensed under a Creative Commons Attribution 4.0 International License, which permits use, sharing, adaptation, distribution and reproduction in any medium or format, as long as you give appropriate credit to the original author(s) and the source, provide a link to the Creative Commons licence, and indicate if changes were made. The images or other third party material in this article are included in the article’s Creative Commons licence, unless indicated otherwise in a credit line to the material. If material is not included in the article’s Creative Commons licence and your intended use is not permitted by statutory regulation or exceeds the permitted use, you will need to obtain permission directly from the copyright holder. To view a copy of this licence, visit http://​creativecommons.​org/​licenses/​by/​4.​0/​. 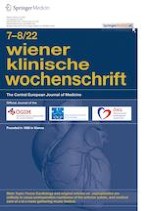