The human immunodeficiency virus (HIV) is still a remarkable challenge throughout the world, especially in developing countries. Despite the fact that HIV in children is becoming one of the most challenging diseases, it seems that pediatric AIDS in Iran is an unknown disease and there is a lack of studies about it. The aim of this study was to describe the characteristics of HIV-positive children who referred to the hospitals of Tehran, Kermanshah, Kurdistan, and Qom provinces of Iran.

This study was a retrospective investigation of medical records among 61 children with a diagnosis of HIV who were admitted to the children’s hospitals in the four provinces of Iran during a 3-year period (2013–2016).

The frequency of HIV in the center of Iran (Tehran and Qom provinces) was higher (N = 37, 61%). Most of the infected patients were between 5 and 15 years old, 52% were male, and 93% had a history of HIV in their family. Median age at diagnosis of HIV was 2 years. Most of the hospitalized patients were discharged and only two patients (3%) died due to HIV infection. The vast majority of patients (93%) were infected through maternal transmission and a low percentage (29%) were diagnosed before 1 year of age. All of them were in the third stage of the disease. All patients had a positive HIV PCR test. HIV EIA was positive in the majority of cases (98%). A history of addiction in the family was demonstrated in 22 cases (36%). Weight loss (N = 51, 84%), prolonged fever (N = 50, 81%), and respiratory infection (N = 26, 47%) were the most common symptoms.

This study demonstrated a high frequency of pediatric HIV among children aged 5–15 years in four provinces of Iran. Novel strategies to prevent and eliminate mother-to-child transmission of HIV, diagnostic facilities, and treatment of infected mothers during pregnancy in our country are highly recommended. 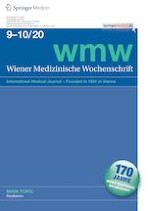 My best case: homeopathic management of adverse effects of tamoxifen