The data that support the findings of this study are available from the corresponding author upon reasonable request.

Obsessive–compulsive disorder (OCD) is a common disabling psychiatric disorder. Considering the lack of an acceptable treatment response in many patients, several efforts have been made to increase the efficacy of therapy. We aimed to evaluate the efficacy of repetitive transcranial magnetic stimulation (rTMS) on the supplementary motor area in the treatment of patients with drug-resistant OCD and examine changes in brain function.

This quasi-experimental study was performed on 12 patients who were referred to outpatient clinics of Ibn-e-Sina psychiatric hospital and were diagnosed with OCD according to the clinical and diagnostic criteria of Diagnostic and Statistical Manual of Mental Disorders (DSM-5). All patients received 20 rTMS sessions in their right supplementary motor region. Main outcomes were assessed using quantitative electroencephalography (qEEG) and the Yale–Brown Obsessive Compulsive Scale (Y-BOCS) before and after the intervention. In addition, Y‑BOCS was completed after 10 rTMS sessions and after the 6‑week follow-up. Data were analyzed with SPSS.

Ten of 12 patients completed this study, of whom 7 (70%) were female. The mean age was 36.66 ± 10.28 years. Y‑BOCS overall score significantly decreased over time during the course of study compared to baseline (P < 0.05). A significant decrease in beta wave activity of the parietal and occipital regions was seen in posttreatment qEEG, compared with baseline (P < 0.05).

rTMS over the supplementary motor area at 20 sessions could effectively improve Y‑BOCS score and decrease beta wave activity in parietal and occipital regions. Further studies are needed to approve these findings in a controlled design. 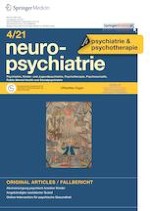