Toxoplasma gondii is a widespread protozoan parasite that infects one third of the global human population. Very little information is known about the impact of T. gondii on patients with heart disease. The aim of the present study was to determine the association between T. gondii exposure and patients suffering from myocardial infarction.
The infection rate of anti-Toxoplasma IgG antibodies in 86 patients with myocardial infarction (troponin‑T positive) and 86 age and gender-matched controls (troponin‑T negative) was examined using enzyme-linked immunoassays. The DNA extraction was performed on separated buffy coats of serologically positive blood samples (32 samples with high titer of anti-Toxoplasma IgG). The GRA6 gene of T. gondii was amplified using PCR. The existence of polymorphic restriction sites for endonuclease MseI was used with the PCR-RFLP method and the bases of GRA6 gene were sequenced to determine the type of strains (I, II and III).
A positive anti-Toxoplasma IgG level was found in 61.6% of the myocardial infarction samples and in 24.4% of the healthy controls (P- value < 0.05). The PCR results showed that only 3 of the anti-Toxoplasma IgG positive patients were found to be positive with GRA6 gene for T. gondii. The PCR-RFLP results showed that 2 of the 3 positive sample had 75bp and 623 bp DNA fragments belonging to type II genotype. The sequencing result confirmed the genotype II of T. gondii. Toxoplasma infection should be considered in myocardial infarction cases.
Anzeige
Vorheriger Artikel A little is better than none: the biggest gain of physical activity in patients with ischemic heart disease
Nächster Artikel Diagnosis and treatment of cardiac amyloidosis: an interdisciplinary consensus statement 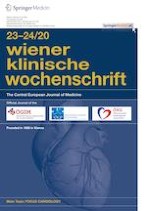 A little is better than none: the biggest gain of physical activity in patients with ischemic heart disease

Predicting the presence of coronary artery disease by transesophageal echocardiography