Prognostic factors and their correlation with staging in patients with multiple myeloma: a single centre study in North India | springermedizin.at Skip to main content
SUCHE MENÜ 1 2 3 4

Multiple myeloma is a neoplastic disorder characterised by proliferation of a single clone of plasma cells leading to varied clinical presentations. Various clinical and laboratory parameters have been established as prognostic factors but their correlation with staging systems has been sparingly studied in Indian population.

A retrospective study was done over a period of 30 months at a tertiary care centre including 33 patients of multiple myeloma. Physical examination, radiological investigations and routine laboratory investigations including bone marrow examination, serum protein electrophoresis and serum β2-microglobulin levels were recorded. Patients were staged according to the Durie–Salmon staging system (DSS) and the international staging system (ISS) and correlation between prognostic markers and clinical stage was studied.

A total of 33 patients were included in the study, all of them had M-band in the gamma region on serum protein electrophoresis. Approximately, 51.5 % patients presented with renal failure and its presence correlated positively with the stage of disease (0.643, p < 0.001). Plasmacytosis showed a positive correlation with the stage of disease (0.351, p < 0.045). A significant positive correlation was also found between the DSS and ISS (0.575, p < 0.001). Haemoglobin, serum β2-microglobulin levels, advanced age, estimated sedimentation rate (ESR), serum creatinine and uraemia were other factors that significantly correlated with the clinical stage in our population. 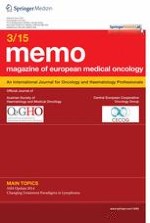 “Just because your doctor has a name for your condition doesn’t mean he knows what it is.” Bertrand Russell