Myocardial tissue characterization by cardiovascular magnetic resonance (CMR) T1 mapping currently receives increasing interest as a diagnostic tool in various disease settings. The T1-mapping technique allows non-invasive estimation of myocardial extracellular volume (ECV) using T1-times before and after gadolinium administration; however, for calculation of the myocardial ECV the hematocrit is needed, which limits its utility in routine application. Recently, the alternative use of the blood pool T1-time instead of the hematocrit has been described.

The results of CMR T1 mapping data of 513 consecutive patients were analyzed for this study. Blood for hematocrit measurement was drawn when placing the i. v. line for contrast agent administration. Data from the first 200 consecutive patients (derivation cohort) were used to establish a regression formula allowing synthetic hematocrit calculation, which was then validated in the following 313 patients (validation cohort). Synthetic ECV was calculated using synthetic hematocrit, and was compared with conventionally derived ECV.

Synthetic ECV using native blood pool T1-times to calculate the hematocrit, is feasible and leads to almost identical results in comparison with the conventional method. It may allow fully automatic ECV-mapping and thus enable broader use of ECV by CMR T1 mapping in clinical practice.

Over the last decade cardiovascular magnetic resonance imaging (CMR) has gained increasing importance in clinical practice. While echocardiography remains the standard cardiac imaging tool due to its broad availability and low cost, CMR is now the recognized reference method for evaluation of left and right ventricular size and function [1]. In addition, CMR allows visualization of focal fibrosis and focal expansion of the extracellular space through late gadolinium-enhanced (LGE) imaging [2]; however, LGE does not allow a quantitative analysis of diffuse fibrosis, which may affect large parts of the myocardium. By using recently described T1-mapping methods it is now possible to non-invasively calculate the extracellular volume (ECV), [3, 4], which has been shown to accurately reflect diffuse myocardial fibrosis when compared with biopsy samples [4‐14]. The use of T1-mapping and ECV have been investigated in a broad range of cardiovascular diseases, including valvular heart disease [4, 7, 8, 13], cardiac amyloidosis [15, 16], myocarditis [17, 18], myocardial infarction [19], Anderson-Fabry disease [20] and heart failure [21, 22]. Several studies reported a strong association of ECV with stages of disease and cardiovascular outcomes [11, 23‐25]; however, the hematocrit is needed to calculate the ECV, which limits its routine application and automatic post-scanning processing.
Recently, Treibel et al. demonstrated a linear relationship of hematocrit and blood relaxivity (R1 = 1/blood pool T1 time), which was used to develop a synthetic hematocrit and ECV [25]. The authors postulated that synthetic ECV allows reliable noninvasive quantification of myocardial ECV without blood sampling. So far, that is the only working group that has evaluated the accurateness of synthetic ECV. The aim of the present study was to develop and test a formula for the calculation of synthetic ECV at our center.
Anzeige

A total of 513 patients from our prospective T1-mapping registry were included in this study. All patients provided written informed consent. The ethics committee approved both the registry as well as the current study protocol.

In all patients, venous blood for conventional hematocrit measurement was drawn when placing the i. v. line for contrast agent administration. Standard ECV was calculated using the formula [3]:
$$\text{ECV} = (1-\text{hematocrit}) \times \frac{\left (\frac{1}{\mathrm{T}1\,\text{myo post}}\right)-\left(\frac{1}{\mathrm{T}1\,\text{myo pre}}\right)}{\left(\frac{1}{\mathrm{T}1\,\text{blood post}}\right)-\left(\frac{1}{\mathrm{T}1\,\text{blood pre}}\right)}$$
The population was divided in a derivation cohort, comprising the first 200 consecutive patients. Linear regression analysis was used to create a formula allowing synthetic hematocrit estimation from R1. Synthetic ECV was calculated with the formula stated using synthetic hematocrit instead of conventional hematocrit. The synthetic hematocrit and ECV were then tested in the validation cohort, consisting of the remaining 313 patients. Pearson’s correlation coefficient and Bland-Altman plots were used to describe the association and the agreement between conventional and synthetic ECV. Continuous data are given in mean ± standard deviation and categorical data in percent. Differences between groups were described using the Wilcoxon rank sum test for metric and χ2-test for nominal variables. Interobserver variability between native T1-times of LV blood pool measured by two independent physicians (S.A. and B.A.M.) was described by using intraclass correlation coefficients (ICCs). All statistical analyses were performed with SPSS Statistics version 18 (IBM, Armonk, New York) and a level of significance of p ≤ 0.05 was prespecified for all tests.
Anzeige

It has previously been shown that synthetic ECV using blood pool T1-times for hematocrit calculations correlates well with the ECV based on venous blood hematocrit (conventional ECV); however, these data were derived in one single center in the UK. As CMR referral diagnoses, T1 mapping sequences and patient background may differ among countries and centers, we aimed to test the use of synthetic ECV at our institution in 513 patients using a derivation cohort of 200 and a validation cohort of 313 individuals.
The T1-mapping technique has evolved from a research-only tool to a standard sequence that can now be used in everyday clinical practice. It allows a pixel-by-pixel non-invasive quantification of longitudinal (T1) relaxation times. Several T1-mapping methods are currently available [26‐28]. For all sequences, satisfactory reproducibility has been reported [29].
So far, several studies have compared results of T1-mapping with histological findings of left ventricular biopsies and found that ECV reflects the amount of diffuse myocardial fibrosis in patients with aortic stenosis [4, 7, 8, 13], hypertrophic cardiomyopathy [4, 10], heart failure [9, 11, 30], dilated cardiomyopathy [6, 12] and mixed patient populations [14]. Furthermore, a small number of studies investigated the impact of T1-mapping on survival and found that higher amounts of diffuse fibrosis are associated with an increased event rate [11, 14, 23, 30‐32]. Particularly in infiltrative diseases, T1-mapping has evolved as an important diagnostic tool. In patients with cardiac amyloidosis, native T1-times [16, 33] and ECV [15, 34] were found to often be markedly higher than in other conditions associated with left ventricular hypertrophy [20]. In contrast, due to the low T1-times of fat, low T1-times within the myocardium are a landmark imaging feature in Anderson-Fabry disease where sphingolipids accumulate [20]. Most studies focused on the presence of diffuse fibrosis as the main contributor to myocardial ECV; however, acute or chronic inflammation also alters the extracellular space [35]. It has been shown recently that T1 times are influenced by the presence of myocardial inflammation [36].
Anzeige
One important factor limiting the routine use of ECV in daily practice is the need of the hematocrit for its calculation. Recently, the use of an estimated synthetic hematocrit, based on blood pool T1 time, was proposed [25]. Synthetic ECV showed excellent correlation and agreement with conventional ECV. These results were observed in one single center using one vendor system and it has previously been agreed that T1-mapping results are not directly comparable among centers [37]. Most recently, the same working group reported similar results using different CMR scanners in a pooled analysis of both 1.5 and 3 T [38]. They also investigated synthetic ECV by cardiac computed tomography (CT) and reported excellent results [39]; however, it has to be noted that ECV by CT has so far only been studied to a far lesser extent [40]. Another prospective multicenter study is currently evaluating comparability of T1 mapping results among different CMR units worldwide, using T1-phantoms [41].
In the present cohort we found an excellent correlation between conventional and synthetic ECV by using the formula proposed by Treibel et al. [25]; however, when we used a formula derived from our own patient population, even better agreement between conventional and synthetic ECV was observed. Whether these results are transferable to other centers, which potentially use different T1 mapping sequences and different scanners, remains unknown. Further multicenter trials will be needed to clarify the broad applicability of automatic ECV mapping without the need of conventional hematocrit values.

As a single center study, a certain selection bias must be taken into account when interpreting our data; however, a single center setting ensures consistency in clinical routine, study enrollment, and CMR scanning protocols throughout the study. Differences between the formula by Treibel et al. [25] and ours indicate the need for validation in every single center due to center-specific technical settings. It also has to be mentioned that the correlation between conventional and synthetic ECV in our cohort was weaker compared to the aforementioned study. Of note, factors, such as blood flow, oxygen concentration, and temperature contribute to the relaxation behavior of the LV blood pool [42‐48] and may interfere with the results of synthetic hematocrit estimation. Also, the range of hematocrit was narrow in our study (median 40%, IQR 37.1–43.0%), hence extreme values of hematocrit may not be adequately represented. In addition, variability of ECV by repeated measurements has not been performed.

Synthetic ECV, using native blood pool T1-times to calculate the hematocrit, is feasible and leads to almost identical results in comparison with the conventional method. It may allow fully automatic ECV mapping and thus enable broader use of ECV by CMR T1 mapping in clinical practice. 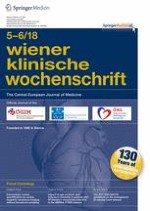 High liver density on CT imaging due to amiodarone toxicity