During an archaeological excavation in Altenberg/Linz (Upper Austria), the well-preserved skeletal remains of a mature male dated the 13th century AD were recovered. Several elements of the skeleton yielded alterations caused by trauma: beside a malunion of the left ulna which was accompanied by shortening of the diaphysis, a luxation and deformation of the left radial head was observed (Monteggia-type lesion, Bado-type I). Moreover, at the anterior aspect of the corresponding humerus, a chalice-shaped, newly built bone structure that framed the displaced capitulum radii was visible. This structure formed a sort of “alternative joint” that functionally even allowed some movements, although considerably restricted in regard to flexion/extension and even more in pronation/supination.
To verify the assumption of a “single event”, we not only investigated the concerned skeletal portions by gross-anatomical examination, but also by non-invasive conventional radiological, micro-computed tomographical, and histological techniques. Particular morphological features, injuries at the calvarium, and fractures of other postcranial elements imply the scenario of a close combat; although survived, the traumata obviously resulted in partial invalidity. 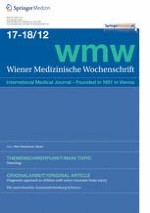 Reader’s digest of the pathophysiology of bone metastases