This was a multicenter, prospective, open-label, single-arm study in patients (N = 116) treated for ≥ 2 months with NPH and metformin combined with sulfonylurea or glinide. Glucose variability was measured after a 4-week NPH treatment phase and after a subsequent 12-week glargine treatment phase using CGMS. Based on 72-hour CGMS, glucose variability was assessed by area under the curve [AUC (mmol/L · h)]. Differences (glargine–NPH) in AUC within 24 h in the glucose ranges of ≤ 3.3, ≤ 3.9, 7.5–3.9 (margins excluding), ≥ 7.5, ≥ 10, and ≥ 15 mmol/L were evaluated. Circadian fluctuation of glucose was assessed by M-value (log-transformation of the deviation from an arbitrary standard).

As monitored by CGMS, switching from NPH to glargine with active titration shifted glucose from abnormally high to normal levels with reduced fluctuation and without increased risk of hypoglycemia. 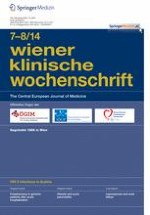