More than 70 % of critically ill patients die in intensive care units (ICUs) after treatment is reduced. End-of-life decision making in the ICU is a grey area that varies in practice, and there are potential economic consequences of over- and under-treatment. The aim of this study was to describe the end-of-life decisions of critically ill patients in a surgical ICU in Germany and to identify how financial incentives may influence decision making.

Data on the admission diagnosis, end-of-life decision making and cause of death were obtained for 69 critically ill patients who died in the ICU (Hospital of Bayreuth, Germany) in 2009. A cost-revenue analysis was conducted on the 46 patients who did not die within 3 days of ICU admission. Because we lacked real data on costs, our analysis was based on the average cost for each diagnosis-related group (DRG) from the Institute for the Hospital Remuneration System (InEK). Hospital revenues based on the DRG were considered. Subsequently, we compared the estimated financial impact of earlier and later decisions to withdraw or withhold futile therapy.

In this study, we found that end-of-life decision making was poorly documented. Only 11 % of patients had a valid power of attorney and advanced directives, and therapy with presumed consent was performed in 43 % of all cases. From long-stay patients, therapy was withdrawn for 37 % of patients and withheld from 26 % of patients, and 37 % of the patients died receiving maximal therapy. Almost 72 % of DRG-related reimbursements were dependent on ventilation hours. The average total cost estimate (according to InEK) for the 46 long-stay patients was 1,201,000 €. The revenues without additional remuneration were 1,358,000 €, and the total estimated profit was approximately 157,000 €. Only 10 cases were assumed to be non-profitable. In cases where the decision to withdraw or withhold therapy could have occurred 3 days earlier, the estimated profit shrank to 72,000 € (46 % of estimated ICU profit). In situations where the decision to withdraw or withhold therapy from patients could have occurred 3 days later, the hypothetical profit rose to 217,000 € (138 % of estimated ICU profit).

There are still few patients with clear self-determination, and almost half of therapies are performed only according to presumed consent. The strong nonlinear dependence of DRG revenues on ventilation hours could influence ethical decision making of medical professionals. The decision-making process and appropriate therapy in the ICU setting need to be defined more clearly and better documented, focusing on the benefits to the patient while respecting patient consent. 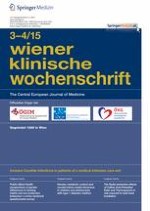