The history of medicine and the history of placebo are closely intertwined. To understand placebo and its effects this article gives a brief overview about its history, the possible mechanisms of action and its counterpart, nocebo.
The Catholic Church used placebo around the sixteenth century for the separation from real and incorrect exorcisms, but it needed Henry Beecher during World War II to quantify the placebo effect as control arm in well-designed studies.
Until today the different mechanisms of action of placebo remain poorly researched. Understanding them would allow its effect to be modulated to better serve in research and clinical settings. Expectation, psychosocial context and conditioning play a significant role in the effect size and amplitude.
The counterpart, nocebo, is even less investigated, even it is commonly observed as adverse effects during medical treatments.
Conclusion: Placebo and nocebo are both underestimated and underresearched in their value. Through further investigation doctors could strengthen the placebo response and prevent adverse effects to help their patients at low cost. These techniques would benefit the patient-doctor relationship, which is the alter of a trust-based successful therapy. 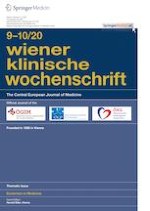 From St. John’s wort to tomato and from Rhodiola to cranberry

A critical examination of the main premises of Traditional Chinese Medicine

Against all odds—the persistent popularity of homeopathy