Cardiac resynchronisation therapy (CRT) is an established treatment option for heart failure patients with electromechanical dyssynchrony. Between 2008 and 2010, the Heart Failure Association (HFA) and the European Heart Rhythm Association (EHRA) of the European Society of Cardiology (ESC) initiated the European CRT survey to describe the current practice and short-term clinical outcome associated with CRT implantations in 13 countries. One year follow-up data from 150 patients collected in 10 Austrian centres are presented in comparison to the total 1,969 patients enrolled throughout Europe. In most cases (n = 120), CRT-D devices were implanted, while CRT-P devices were used in only 23 %. After 12 ± 3 months, mortality and hospitalisation rates reached 10 and 37 %, respectively. New York Heart Association (NYHA) functional classes improved significantly: NYHA I/II/III/IV were found before implantation in 2/20/71/7 % and after 1 year follow-up in 35/51/9/5 % of the patients, respectively. Left ventricular ejection fraction improved from 27 ± 8 % to 35 ± 10 %, left ventricular end-diastolic diameters were reduced from 65 ± 10 mm to 59 ± 5 mm. Median NT-proBNP was reduced from 1,886 to 997 pg/ml, QRS duration diminished from 158 ± 34 to 147 ± 27 ms. In conclusion, the Austrian data from the CRT survey confirms the efficacy of CRT in heart failure patients, but outlines that these patients still suffer from a high mortality and cardiovascular (CV) hospitalisation rate. 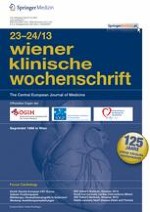