The giant liver fluke Fascioloides magna, an invasive species originating from North America, was recorded in Austria in the wild for the first time in 2000. Since then, various data concerning the epidemiology in snail intermediate hosts and cervid final hosts have been reported. Galba truncatula acts as snail intermediate host, and red deer, roe deer and fallow deer act as final hosts. G. truncatula is abundant throughout the region, especially along muddy shores of slow-flowing branches of the river system. Prevalence in deer (20–100 %) is much higher than in snails (0.03–0.2 %). Despite medical treatment of parts of the deer population, the parasite has successfully established itself on both sides of the Danube floodplain environments southeast of Vienna. Genetic analysis revealed that the infection of Austrian deer populations apparently originated from foci in the Czech Republic or from populations of Danube tributaries. Areas adjacent southwards, which will soon be joined through wildlife crossings, have not yet evidenced F. magna. Nonetheless, these environments are inhabited by host snails and deer and therefore constitute suitable habitats for F. magna. Invading alien parasites not only threaten native individual hosts but also influence host populations, thus potentially also modifying parasite communities and interactions. The host range of F. magna includes a variety of potential hosts, notably other Lymnaeidae as potential intermediate hosts and various ungulates, including sheep and cattle, as final hosts. Because eradication after medical treatment was unsuccessful, and due to the risk of further spread of the parasite into unaffected regions, enhanced control strategies need to be developed. We recommend assessment of introduction pathways and dispersal, continuous monitoring of host abundance and distribution and the prevalence of flukes in intermediate and final hosts, as well as coordinated and concerted actions with neighbouring countries. This strategy could help to reduce potential negative impacts of this and other invasive parasites on host populations in Europe. 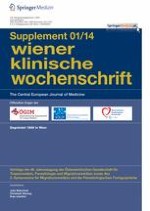 In vitro efficacy of curcumin on Trichomonas vaginalis

Endoparasites of the fallow deer (Dama dama) of the Antheringer Au in Salzburg, Austria