Excessive daytime sleepiness (EDS) is the main complaint in many neurological sleep disorders, such as idiopathic hypersomnia, narcolepsy, or obstructive sleep apnea/hypopnea syndrome (OSAS). The validity of the Epworth Sleepiness Scale (ESS) as a screening tool for EDS remains controversial. We therefore investigated (1) the interrelation of the ESS total score and the mean sleep latency (MSL) during the multiple sleep latency test (MSLT) and (2) the diagnostic accuracy of the ESS total score to detect EDS in patients with the chief complaint of subjective EDS.

A total of 94 patients (48 males) with subjective EDS were included in this study. Regression analyses and ROC curve analyses were carried out to assess the predictive value of the ESS score for MSL.

Our results suggest that the predictive value of the ESS score in patients with subjective EDS is low and patient subgroup-specific (superior in hypersomnia/narcolepsy vs. other diagnoses) and that the commonly used cut-off of 11 points may be insufficient for clinical practice.

Excessive daytime sleepiness (EDS) is a key symptom of various neurological sleep disorders, such as idiopathic hypersomnia, narcolepsy, or periodic limb movement disorder [1‐6]. Patients with obstructive sleep apnea syndrome (OSAS) frequently report EDS [7, 8]. The extent of daytime sleepiness may be quantified by the multiple sleep latency test (MSLT) and the Epworth Sleepiness Scale (ESS) score [9]. The MSLT is a validated objective measure for daytime sleepiness [10] and a sleep latency of ≤8 min is generally considered to indicate hypersomnia [3]. The MSLT requires the resources of a sleep laboratory and is time-consuming, which is obviously a limitation for its use as a screening method for hypersomnia. The ESS, an eight-item questionnaire to assess the extent of subjective daytime sleepiness, is easily administered and a cut-off of ≥10 points is accepted to indicate EDS [11].
The correlation between subjective and objective daytime sleepiness by comparison of ESS scores and mean sleep latency (MSL) during the MSLT has been the focus of a number of studies, but the results are conflicting [12, 13]. The vast majority of studies investigated the interrelation of ESS scores and MSL in patients suffering from OSAS [13, 14] and both a good [11, 15] as well as a limited [16, 17] predictive value of ESS scores for objective daytime sleepiness are reported. Although the ESS has been used in clinical studies on patients with narcolepsy, there is a lack of analyses of ESS scores and their relationship with MSL data from neurological sleep laboratories. Thus, we wanted to study the usefulness of ESS as a screening tool for daytime sleepiness in patients presented to our outpatient department for neurological sleep disorders. In detail, we investigated (1) the interrelation of the ESS score and the mean sleep latency (MSL) during the multiple sleep latency test (MSLT) and (2) the diagnostic accuracy of the ESS score to detect EDS in patients with the chief complaint of subjective EDS.
Anzeige

We reviewed the records of all consecutive patients at the outpatient department for sleep disorders of the Department of Neurology at the Medical University of Vienna who reported subjective EDS between January 2011 and May 2016. These patients had undergone a multiple sleep latency test (MSLT). Prior to the MSLT, patients had completed validated German versions of the ESS [11, 18] and the Pittsburgh Sleep Quality Index (PSQI [19]). To minimize possible confounding of MSLT results by preceding sleep deprivation [20], all subjects underwent polysomnography (PSG) the night before the MSLT. In the case of clinical suspicion, a sleep diary was administered and actigraphy was performed additionally in the week before the polysomnography and MSLT. Patients with insufficient sleep syndrome were not included in the study. Based on the medical history, the results of the MSLT and polysomnography, the final clinical diagnosis was established according to the 3rd edition of the International Classification of Sleep Disorders (ICSD-III [21]) by a sleep specialist (K. T or S. S.). Judgement on presence or absence of cataplexy was based on the patients’ clinical history. The study protocol was approved by the local Ethics Committee.

The ESS [11] is a self-rating instrument to evaluate the tendency to doze off during daytime. It consists of eight items concerning everyday situations. Responses to each item are ranked from 0 to 3 according to the probability for dozing off during a task (0 = never, 1 = low probability, 2 = moderate probability, 3 = high probability). A total score ≥10 indicates excessive daytime sleepiness. The PSQI [19] is a questionnaire that measures sleep quality over the previous month using 7 subscales measuring different components of sleep: subjective sleep quality, sleep latency, sleep duration, habitual sleep efficiency, sleep disturbances, use of sleep medication, and daytime dysfunction. Each component is reflected by a score ranging from 0 to 3, whereby 3 indicates a worse sleep quality. Good sleepers were defined as individuals with a PSQI score <5 and poor sleepers as individuals with a total PSQI score ≥5.

According to the latest practice parameters published by the American Academy of Sleep Medicine (AASM [22]), all patients underwent PSG in the night before the MSLT to ensure they had at least 6 h of nighttime sleep. A five nap MSLT was administered to all patients. All MSLT assessments were performed prior to the initiation of any behavioral (e. g. sleep hygiene training) or drug treatment (e. g. prescription of psychostimulants) related to the sleep complaints. Participants were asked to have 5 rests of 30 min every 2 h in a dark and quiet room with electroencephalogram (EEG; C3/A2, C4/A1, O1/A2, and O2/A1), electro-oculogram, and chin electromyogram. According to the standard practice of the American Sleep Disorders Association [10], sleep onset was determined visually by the first stage of sleep. If no sleep occurred, the trial was terminated and a sleep latency of 30 min [23] was recorded. The MSL was calculated as the mean of the five trials.

Demographic data are presented as mean ± standard deviation (SD) or median + interquartile range (IQR) according to normal distribution of data. For group comparisons, unpaired t‑tests, Mann-Whitney U‑tests as well as χ2 tests were performed. Simple regression analyses were performed to examine the predictive value of the ESS total score (controlled for age and gender) for the objective measures of daytime sleepiness (MSL). Descriptive data in the text are reported as mean ± SD unless otherwise stated. Analyses were carried out for the whole cohort and after dichotomizing the cohort into patients with idiopathic hypersomnia/narcolepsy and patients with other sleep disorders. Furthermore, the receiver operating characteristic (ROC) curve was constructed and the area under the curve was calculated to identify the optimal cut-off value of the ESS to identify patients with objective EDS (i. e. MSL ≤8 min). The level of significance was set at 0.05. Statistical analyses were performed using SPSS v22.0 (SPSS Inc, Chicago, IL, USA) and Statistica v06 (StatSoft Inc., Tulsa, OK, USA).
Anzeige

To investigate the relationship between the ESS and the MSL, a simple regression model was analyzed, where ESS was considered as a predictor. The analysis showed a significant negative linear dependence (p = 0.01; β = −0.29) between the MSL and ESS total score. To evaluate the influence of age, a simple regression model between the MSL and age was considered. Age was not significantly related to MSL (p = 0.88, β = 0.02). When regression analyses were restricted to patients with a diagnosis of idiopathic hypersomnia and narcolepsy (n = 56), the main result remained unchanged with a significant negative linear dependence for MSL (p = 0.01, β = −0.33). Once again, there was no effect of age (p = 0.13, β = 0.20). Regression analyses in patients with a diagnosis other than idiopathic hypersomnia/narcolepsy (n = 38) did not reveal a significant effect for MSL (p = 0.36, β = −0.15). The effect of age was also not significant (p = 0.18, β = −0.22). In order to control for possible confounding effects of gender, the study group was dichotomized into males (n = 48) and females (n = 46). The two gender groups were comparable with respect to ESS and PSQI total scores as well as MSL and number of SOREM episodes (Table 2). The distribution of diagnoses was comparable between males and females (Pearson χ2 = 0.16, Table 3), but mean age was lower in females compared to males (38.8 ± 14.4 vs. 45.7 ± 17.4 years; p = 0.04). Regression analyses were repeated for the two gender groups. In males, ESS showed a trend to predict MSL, but failed to reach statistical significance (p = 0.08, β = −0.26) and this effect was independent of age (p = 0.99, β = 0.002). In females, on the other hand, ESS significantly predicted MSL (p = 0.03, β = −0.31), which was also independent of age (p = 0.81, β = −0.04).
Table 2
Comparison of gender groups. Group comparisons (males vs. females) for variables ESS, MSL, SOREM, and PSQI. Unpaired t‑tests were performed for ESS and MSL and Mann-Whitney U‑tests were performed for SOREM and PSQI according to normal distribution of data
ESS Epworth Sleepiness Scale total score, MSL Mean Sleep Latency, PSQI Pittsburgh Sleep Quality Index, SOREM number of sleep onset REM episodes, SD standard deviation, IQR interquartile range, p (T) p-value according to unpaired t‑test, p (M-W) p-value according to Mann-Whitney U‑test
Table 3
Diagnoses and age groups in males vs. females
RLS restless legs syndrome, PLMD periodic limb movement disorder
Table 4
Linear regression analysis regarding the predictive value of single ESS items for MSL
ESS Epworth Sleepiness Scale, MSL mean sleep latency

It has previously been reported that scores of the 8 individual ESS items differ within subjects, which is attributed to the different grade of somnificity of the respective activity that is covered by each ESS question [26]. It has even been suggested that reduction to one single question might capture subjective daytime sleepiness comparably to the ESS [27]. In order to assess which of the 8 questions in the ESS best predicted a shortened MSL, regression analyses were performed for each ESS item. None of the single ESS items reached significance to predict the MSL. See Table 4 for details of the linear regression analysis.

The authors want to thank all patients who participated in the study. 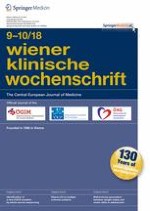 Identification of a rare COCH mutation by whole-exome sequencing