The symptoms following a traumatic event as well as the coping strategies can be culture specific. The objective of the present study was to analyse the transcultural differences of psychologically traumatized children and adolescents with and without migration background.

The medical files of 199 psychologically traumatized children and adolescents (99 native Austrian, 100 Turkish-speaking) who were treated at the Department of Child and Adolescent Psychiatry in Vienna were retrospectively analysed.

Both study groups differed in type, causes and symptoms of trauma, and in preferred therapy. Turkish-speaking patients were more compliant with therapy, as they received culture and language-sensitive medical advice and treatment in their mother tongue. Considering the cultural background of patients can optimize service delivery and therapy outcomes among children and adolescents with stressful and traumatic experiences. 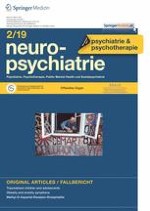 Obesity and anxiety symptoms: a systematic review and meta-analysis