Transcatheter aortic valve implantation (TAVI) has been a routine procedure for quite some years. Advancements in technology and experience have enabled its use in even more challenging anatomies.

An 83-year-old female patient with severe aortic pathology due to chronic type A dissection after supracoronary ascending aortic repair was suffering from progressive dyspnea and recurrent cardiac decompensations due to severe aortic stenosis. She was successfully treated with a transapical TAVI procedure by our interdisciplinary heart team.

Transcatheter aortic valve implantation (TAVI) has become a routine procedure with the transfemoral (TF) route as the access of choice for the intervention [1]. Reviews show that despite improvements in delivery device size and technology, approximately 15% of patients are denied treatment due to unfavorable access morphology [2]. Therefore, a well-established heart team should be able to provide at least one alternative access in addition to TF to offer individual patient-centered treatment options.

We report a successful transapical TAVI procedure in an 83-year-old female patient with chronic residual aortic dissection following successful supracoronary replacement of the ascending aorta due to acute aortic dissection 20 years ago.
Anzeige
Prior to the procedure, the patient suffered from progressive dyspnea (NYHA III) and multiple episodes of acute cardiac decompensation caused by severe aortic stenosis with an echocardiographically calculated aortic valve area of 0.7 cm2 (pmean 57 mm Hg, pmax 79 mm Hg). Due to an estimated Euroscore II of 21%, her advanced age and comorbidities, the patient was not considered suitable for conventional surgical aortic valve replacement. Best medical treatment had already been initiated, though the patient still suffered from massive limitations in her activities of daily life.
A computed tomography angiogram (CT-A) scan showed chronic residual dissection of the aortic root between the sinotubular junction/sinus of valsalva (Fig. 1) and the proximal end of the aortic prosthesis, which continued beyond the aortic arch (Fig. 2) into the descending aorta and iliofemoral vessels. It also showed partially dissected supraaortal branches and a partially thrombosed false lumen. Total diameter of the aortic arch was 4.5 cm, with true lumen diameter of 1.5 cm.
×
×
The procedure was planned using a standard multiplanar reconstruction software for CT‑A data. It was performed in the hybrid room under general anesthesia. Via a left anterior mini-thoracotomy, a 18F sheath was introduced transapically for device implantation, diagnostic angiography was performed via a 6F sheath in the right brachial artery. Antegrade crossing of the aortic valve and the severely dissected aortic arch was done with a standard 0.038″ wire and a Judkins 4 right coronary catheter. Following true lumen confirmation through fluoroscopy and transesophageal echocardiography (TEE), an exchange was made with a super-stiff wire. Temporary pacing was utilized through epicardial pacemaker leads.
A 26 mm balloon-expandable valve was implanted after predilatation of the native aortic valve in the 50/50 position across the native aortic annulus. TEE and fluoroscopy showed no paravalvular leakage and correct positioning of the valve. The brachial access site was closed using a percutaneous closure device, the apical access site and thoracotomy were closed with a standard surgical technique.
Anzeige
A pseudoaneurysm at the brachial access site was treated surgically on the fifth postoperative day, after that the patient was discharged home in good clinical condition. Since then, 30 months have passed and the patient is in best condition, without any sign of dyspnea or other cardiac symptoms.

The literature shows only few comparable cases where TAVI has been performed in the presence of aortic dissection. It should be noted that in none of these cases did the aortic pathology extend distally to the aortic arch [3, 4]. In most cases it was restricted to the aortic root [5‐7], in comparison to our case where the dissection extended to the iliofemoral vessels. In one described case transapical access has been chosen, in the others they performed femoral access.
For our patient the following access routes were excluded by the heart team due to the high procedural risk: transfemoral, due to the residual dissection of the iliofemoral vessels, the descending aorta, and the aortic arch; transsubclavian (TS) via the left subclavian artery, due to residual dissection with thrombus and TS via the right subclavian artery due to residual dissection and ascending graft kinking; transapical access was considered high risk too, due to the low coronary ostia that could lead to coronary obstruction with balloon-expandable devices and the graft kinking in the proximal part of the aortic prosthesis with potential impairment of valve prosthesis function.
Our rationale behind choosing transapical access for valve delivery and transbrachial access for diagnostics was to limit manipulation to the dissected aortic wall in order to avoid propagation of any risks for further dissection or rupture and to prevent cerebral embolic events within the partly thrombosed aortic arch. Our patient suffered a vascular complication at the brachial access site. Higher complication rates for transbrachial access are described in the literature, ranging between 7 and 36% [8, 9]. Nevertheless, it was considered the safer option for this case compared to standard femoral puncture.
The second main concern was the residual dissection of the aortic root, as coronary obstruction or aortic root rupture was most likely. For this reason, pre-implant balloon dilatation was performed in order to predict the behavior of the residual dissection membrane of the aortic root. Predilatation of the native valve is not routinely performed at our institution and is also discussed somewhat critically in the literature [10]. With this hazard in mind, we also decided for the balloon-expandable Edwards Sapien 3 valve, because of its low-profile frame in comparison to self-expandable valves.

Transapical TAVI is a good alternative for overcoming severe aortic pathology. This case underlines the importance of an interdisciplinary approach, being able to provide combined surgical and interventional solutions to difficult cases, resulting in the best outcome for the patients treated [11].

Informed consent was obtained from the patient in this case report.
Anzeige
Open Access This article is licensed under a Creative Commons Attribution 4.0 International License, which permits use, sharing, adaptation, distribution and reproduction in any medium or format, as long as you give appropriate credit to the original author(s) and the source, provide a link to the Creative Commons licence, and indicate if changes were made. The images or other third party material in this article are included in the article’s Creative Commons licence, unless indicated otherwise in a credit line to the material. If material is not included in the article’s Creative Commons licence and your intended use is not permitted by statutory regulation or exceeds the permitted use, you will need to obtain permission directly from the copyright holder. To view a copy of this licence, visit http://​creativecommons.​org/​licenses/​by/​4.​0/​. 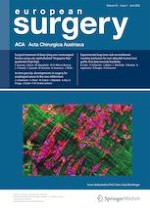 Case report: the rare clinical picture of vasculitis of the pericardium in rheumatoid arthritis