Adrenoleukodystrophy (ALD) is an X‑linked hereditary disorder due to mutations of the ABCD1 gene, which encodes a peroxisomal transport protein necessary for very long-chain fatty acid degradation (VLCFA). Toxic accumulation thereof is associated with a proinflammatory state and eventual cell death in multiple tissues. ALD may manifest either as a fatal, rapidly progressive demyelinating disease in boys and adult men, or as a slowly progressive adult-onset long-tract myelopathy along with peripheral neuropathy. Our understanding of manifold mechanisms implicated in the disease pathology is currently incomplete, as neither genotype–phenotype correlation nor the trigger for cerebral disease has been described. Therapy objectives are therefore broadly aimed at correcting either the gene mutation or downstream molecular effects, such as oxidative stress. Advancements in disease detection, including the newly implemented newborn screening in the US and imaging modalities, allow for more timely intervention in the form of hematopoietic stem cell transplantation (HSCT), which may only be performed in early cerebral disease states.
Anzeige
Vorheriger Artikel Pharmacological therapies for Angelman syndrome
Nächster Artikel Relapsing polychondritis: a chameleon among orphan diseases 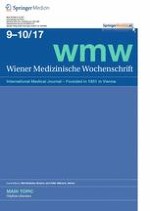