Using the East–West blood trade of the German Democratic Republic (GDR) in the 1980s as an example, this study aims to show what kind of problems arise when trade agreements are made with authoritarian regimes, where transparency is lacking and the general public is not informed about the trading conditions. Files from the Ministry of Health and the Foreign Trade Ministry show the extent, aims, and scope of the blood exports to the West. Within the East–West trade, blood was regarded solely as a commercial good; ethical concerns played no part. The blood trade was the most important income source of unscheduled foreign currency for the GDR health sector. People were asked to donate for the wellbeing of society and without receiving remuneration. They were unaware that their blood was an object of commercial trade. Most of the revenue was put into secret accounts of the GDR Foreign Trade Ministry or went to Western intermediaries. The regulations for blood deliveries often challenged the blood donation institutes; they lacked donors, modern techniques/equipment, and personal. Buyers in the West repeatedly complained about the quality of the blood products. The Western intermediaries sold the goods to bulk-buyers, predominantly in German-speaking countries.
Anzeige
Vorheriger Artikel Die österreichische Pestkommission in Bombay 1897 und die letzten Pest-Todesfälle in Wien 1898
Nächster Artikel Discussing euthanasia in two German states: scientific terminology and public discourse in the German Democratic Republic and the Federal Republic of Germany 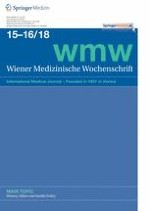 Discussing euthanasia in two German states: scientific terminology and public discourse in the German Democratic Republic and the Federal Republic of Germany

What is a good doctor?