Involvement of sport utility vehicles (SUV) in accidents especially with children is of increasing importance. Studies have indicated a more risky behavior in SUV drivers. We conducted an observational study focusing on traffic violations, car type, and the gender of the driver in Vienna. The study was conducted on five weekdays at the beginning of school term. Three busy intersections were selected.
Drivers of 43,168 normal cars and 5653 SUVs were counted at the intersections during the observation period. In total 13.8% drivers were unbelted, 3.1% were using a handheld mobile phone, and 2.5% violated traffic lights. These frequencies were significantly higher in SUV drivers than in normal passenger car drivers. This “SUV effect” also occurred in women for all violations, although male drivers violated traffic laws more often than female drivers. However, for driving unbelted the difference between males and females was smaller in SUV drivers. 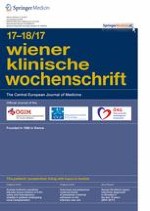 The patients’ perspective: living with lupus in Austria