Aim of the study

To compare clinical effectiveness and safety of treatment with clarithromycin and amoxicillin in children with solitary erythema migrans (EM).

Consecutive patients younger than 15 years, referred to our institution in 2004 and 2005 with previously untreated solitary erythema migrans, were included in this prospective study. Basic demographic features and clinical data were collected by means of a questionnaire. The efficiency of treatment of acute disease, development of later major and/or minor manifestations of Lyme borreliosis (LB), and side effects of treatment were surveyed by follow-up visits during the first year after the initiation of antibiotic treatment.

Clarithromycin and amoxicillin are equally effective and safe in treatment of children with solitary EM and have comparable side effects. 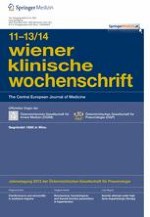