Thirty-four patients with MCI seeking help in a memory outpatient clinic were included. All participants underwent thorough neuropsychological examination. Awareness of subjective memory was obtained by calculating difference scores between patient and informant ratings on a 16-item questionnaire concerning complaints about loss of memory in every-day life. Retesting was performed after a mean follow-up period of 24 months.

Whole group analyses showed that awareness remained relatively stable across time. Self-reported memory complaints correlated with episodic memory at baseline and with performance on a language task at follow-up. Retests displayed decrease of awareness. At group level differences in awareness between both times of assessment were not significant for MCI and MCI patients converting to mild AD at follow-up. The predictive value of awareness was low. 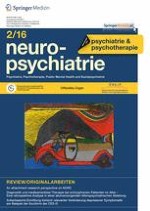 The importance of statistical modelling in clinical research

An attachment research perspective on ADHD