Rural–urban disparities in the prevalence of diabetes and diabetic eye complications in Hungary | springermedizin.at Skip to main content
SUCHE MENÜ 1 2 3 4

To examine the rural–urban differences in the prevalence of diabetes mellitus (DM) and diabetic retinopathy (DR) in the population aged 50 years and older in Hungary.

105 clusters of 35 people aged 50 years or older were randomly selected. Standardized rapid assessment of avoidable blindness (RAAB) with the diabetic retinopathy module was performed. Participants were classified as diabetic if they had a previous diagnosis of DM or a random blood glucose level ≥200 mg/dl. Each individual with DM who agreed underwent dilated fundus examination and DR grading.

Based on our results and the high rate of blindness and blindness due to DR in rural areas, primary eye care should be improved and a telemedical eye screening program should be undertaken, especially concentrating on rural areas.
Hinweise

Diabetes mellitus (DM) is one of the most common chronic diseases and a major global health problem, affecting 8.3% of adults worldwide [1]. It was estimated that about 59.8 million persons were living with DM in Europe in 2015, an average prevalence of 9.1%, and that that number will increase to 71.1 million by 2040 [2]. Diabetic retinopathy (DR) is an important long-term complication of DM and a leading cause of visual impairment and blindness in industrialized countries among middle-aged people [3]. Nearly one third of people with DM have some degree of DR [4] and DR is responsible for 1.0–4.8% of blindness globally [5, 6]. The proportion of diabetic ophthalmic complications can be reduced with timely diagnosis and effective treatment of DM [3, 4]. Early detection and treatment of DR could also reduce the health care costs of DM, which require almost 10% of the global health care budget [7].
Findings from the Hungarian rapid assessment of avoidable blindness (RAAB) survey with the diabetic retinopathy module (DRM) were recently published, with a focus on the prevalence of DM and DR among people aged 50 years and older [8‐10]. RAAB with DRM is a quick and efficient population-based survey method to estimate the prevalence of DM and DR among persons aged 50 years and older in a defined geographic area [11]. Reliability and validity of the RAAB + DRM method were demonstrated recently [12‐15].
Anzeige
Rural–urban differences or gradients in the prevalence of DM and DR can enhance the rate of eye complications leading to visual impairment and blindness, especially if availability of primary care and eye care is insufficient in the affected area. With screening programs, regular control of DM, and timely treatment of DR, visual impairment and blindness due to DM can be largely prevented, and their incidence can be decreased [16].
Only few data are available on rural–urban differences in the prevalence of DM and DR, as is the case for disparities in DR screening coverage in Europe, especially in East-Central Europe [14, 17, 18]. Recognition of such disparities can focus attention on the possible insufficiencies and disparities in primary care and primary eye care. Reliable epidemiological data are essential to support planning and implementation of public health programs and development of primary care [19].
We aimed to determine with our RAAB + DRM study the rural–urban disparities in DM and DR prevalence, as well as in coverage of eye care services in people aged 50 years and older in Hungary.

The RAAB + DRM survey was undertaken in Hungary from April through July 2015 [8, 9]. The sample size was calculated using an estimated prevalence of blindness of 2.5% (as in Moldova [14]) among people aged 50 years and older, with a variation of 25%, a non-compliance of 10%, and a 95% confidence limit. This gave a sample size of 3675 individuals over the age of 50. The sample size meant that 105 clusters of 35 people were selected for the study. The Hungarian Central Statistical Office (HCSO) in Budapest has used the RAAB algorithm to randomly select 105 census enumeration areas in the entire country, with a probability proportional to their size.
Anzeige
Prior to the fieldwork, the five survey teams, each consisting of one doctor (senior residents or specialized ophthalmologist), one nurse, and one assistant were trained for 5 days in the use of the eye examination protocol, blood sugar testing, grading of DR according to the Scottish DR grading scheme, and uploading data to the RAAB software. Both for the clinical examination of RAAB as well as for the DR grading, inter-observer variation assessment tests were conducted until a required agreement was achieved (kappa at least 0.75).
In each cluster, a survey team visited households door-to-door. If an eligible participant was absent after two more attempts, neighbors were asked about the status of the non-responders.
All subjects underwent a random blood sugar test using a Dcont® Trend digital glucometer (77 Elektronika Co, Budapest, Hungary). All participants with a history of DM or a random blood glucose level of ≥200 mg/dL were considered to have DM. All people with DM who agreed were examined after pupil dilatation with a portable indirect ophthalmoscope and underwent DR grading using the Scottish DR grading system [20].
According to the laws of Hungary, participants living in a settlement with 10,000 or more inhabitants were designated as urban and people living in a settlement with less than 10,000 inhabitants were considered as rural. Population data of the HCSO from 2015 were used to differentiate between urban and rural areas.
The Regional and Institutional Committee of Science and Research Ethics of Semmelweis University (Budapest, Hungary) granted approval for this study. The research followed the tenets of the Declaration of Helsinki. Written informed consent was obtained from all participants. Those whom it was thought would benefit from further management, including DM and/or DR, were referred to a general practitioner (GP) or ophthalmologist for further care.
Statistical analyses were carried out using RAAB v.6 (Health Information Services, Grootebroek, The Netherlands) and Statistica 11.0 (StatSoft Inc., Tulsa, OK, USA) software.
RAAB v.6 software allows sample size calculation, data entry, and standardized data analysis. Prevalence data were examined with the chi-square test and age data were analyzed with Welch two-sample t-test. P values <0.05 were considered statistically significant.

We would like to thank the Hungarian National Institute for the Blind, the Lions Clubs Association of Hungary, and 77 Elektronika Co for their active support during the implementation of this study.

Supported by SightFirst grant (grant number: SF 1825/UND) from Lions Clubs International Foundation, Oak Brook, IL, USA. The funding organization had no role in the design or conduct of this research.

G. Tóth, D. Szabó, G.L. Sándor, Z. Szepessy, Á. Barsi, and Z.Z. Nagy declare that they have no competing interests. H. Limburg reported personal fees from Semmelweis University, Budapest during the training for the study. J. Németh reported grants from the LCIF SightFirst research grant.
Open Access This article is distributed under the terms of the Creative Commons Attribution 4.0 International License (http://​creativecommons.​org/​licenses/​by/​4.​0/​), which permits unrestricted use, distribution, and reproduction in any medium, provided you give appropriate credit to the original author(s) and the source, provide a link to the Creative Commons license, and indicate if changes were made. 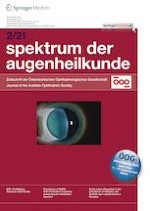