Research into the drug romosozumab began with the investigation of patients with excess bone formation. The understanding of the wingless-type mouse mammary tumor virus integration site (Wnt) signaling pathway in bone metabolism identified the negative regulator of bone mass sclerostin as a potential target for the treatment of osteoporosis. Preclinical studies confirmed this idea because they showed that sclerostin antibodies have the potential to increase bone formation. Biochemical analyses of clinical studies showed a significant increase in bone formation markers, which then slowly decreased within a year. This was accompanied by a particularly initially pronounced decrease in bone resorption. This dual mechanism of action led to an increase in bone mineral density and a significant reduction in fracture risk. Clinical vertebral fractures decreased by between 28 and 36%, nonvertebral fractures shown in a post hoc analysis by 42%. Romosozumab is administered once a month in the form of two injections. At the puncture site, reactions occur in about 5%. The most significant side effects are cardiovascular. In phase III studies, the number of serious cardiovascular complications was not significantly, albeit numerically, higher than in the control group. In Japan, South Korea, Canada, Australia, and the USA, osteoporosis patients at a high risk of fracture may already be treated with romosozumab (Evenity). Approval in the European Union was granted by 2019-12-12. 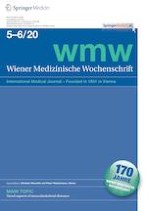 New developments in the management of achondroplasia

Osteoporosis and other musculoskeletal disorders—treatment is challenging!