The aim of this study was to assess multiplex PCR analysis in detecting causative viruses in children with febrile seizures.

The study was a retrospective analysis comparing data from a pre-multiplex era (2009) with a period after the introduction of routine respiratory multiplex analysis (2010–2013) in children with febrile seizures. 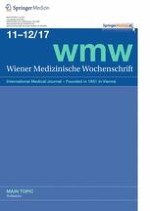 Episodes of hypo- and hypercapnia in a cohort of mechanically ventilated VLBW infants: the role of adequate staffing

The role and limitations of Cochrane reviews at the bedside: a systematic synopsis of five pediatric subspecialties

An unusual cause of vertigo and headache in childhood