Results from the present study highlight the relationship between HRQL in the physical domain and metabolism. Implications of these findings for weight loss treatment are discussed, emphasizing HRQL as an important treatment goal and the need for long-term psychological monitoring. 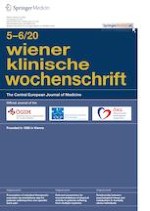 Self-assessment of medical students and young physicians in training

Linking myeloperoxidase with subclinical atherosclerosis in adults with metabolic syndrome