Hepcidin is a key regulator of iron metabolism. It binds to ferroportin and causes the trapping of iron in cells, rendering it unavailable for erythropoiesis. The synthesis of hepcidin is upregulated by high iron stores and inflammation. Haemodialysed patients suffer from anaemia and impaired iron management, the cause of which is multifactorial. Our aim was to describe the relationship between hepcidin and other parameters of iron metabolism, erythropoiesis, and inflammation.

Complete blood cell counts, hepcidin, parameters of iron metabolism, and inflammation were measured in samples from 164 dialysed patients and 37 control healthy volunteers. Patients were subdivided according to the time of dialysis session.

According to the time of haemodialysis, iron levels showed an insignificant tendency for diurnal variability, whereas hepcidin levels were markedly different. Non-parametric correlations showed a weak, but statistically significant correlation between parameters of iron metabolism and inflammation in the entire group of patients. No correlation was found between hepcidin and other biochemical parameters in controls. Non-parametric correlations were also performed in the time subgroups of patients.

It seems that the influence of inflammation on hepcidin levels in haemodialysed patients is not crucial and other factors (e.g. hepcidin retention) are involved. 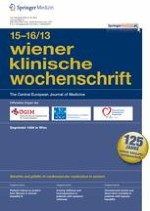