Evidence from animal and human studies suggests that cryoablation might be associated with a lesser inflammatory response and activation of coagulation compared with radiofrequency ablation. The study was aimed at comparing the effect of cryoballoon and radiofrequency catheter ablation of paroxysmal atrial fibrillation on markers of myocardial damage, inflammation, and activation of coagulation.

Forty-one patients received either cryoballoon (n = 23) or radiofrequency (n = 18) ablation of atrial fibrillation. We measured troponin I, high-sensitivity CRP, and interleukin 6 at baseline from the cubital vein, and from the right and left atrium before and after ablation, and from the cubital vein the following day. Prothrombin fragments 1 + 2, soluble P‑selectin, and D‑dimer were measured before and after ablation from both atria.

We observed higher troponin I release in the cryoballoon than in the radiofrequency group (7.01 mcg/l (interquartile range [IQR]: 5.30–9.09) vs 2.32 mcg/l (IQR: 1.45–2.98), p < 0.001). The levels of inflammatory markers (high-sensitivity CRP and interleukin 6) in the two groups were comparable, as were the levels of markers of coagulation activation. Procedure duration, fluoroscopy times, and mid-term success (23 months, IQR 7–32) of the two groups were also comparable.

Cryoballoon ablation of atrial fibrillation causes more significant myocardial damage, that is, more extensive ablation lesions, compared with radiofrequency catheter ablation. However, no major differences between these two ablation techniques with regard to the inflammatory response and activation of the coagulation system were observed. 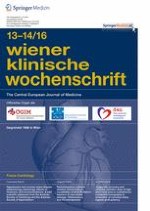