The aim of the present study was to evaluate psychiatric problems and disorders among Yazidi Kurd refugee children and adolescents, who were assessed immediately after their forced migration following life-threatening attacks by ISIS terrorists.

We retrospectively analyzed the psychiatric assessments of 38 Yazidi children and adolescents (age 2–18, mean 12 years, m:f = 16:22), which were performed upon their arrival at the refugee camp. 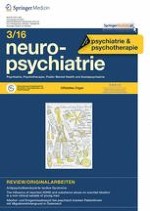