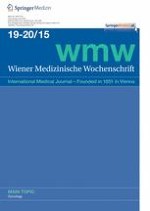 EARLIER: an observational study to evaluate the use of cinacalcet in incident hemodialysis patients with secondary hyperparathyroidism in daily clinical practice

Bowen’s disease of the nail apparatus: a series of 8 patients and a literature review