Tonsillectomy is a very painful procedure. Pain may be severe, and patients are often unable to perform in school or eat regular food for a number of days after the surgery. The aim of this study was to compare the quality of life after undergoing two different surgical techniques of tonsillectomy, harmonic scalpel and classic tonsillectomy with bipolar cauterization.

Data were collected, according to the type of operation, on pain persistence and intensity and returning to normal eating with tonsillectomy patients during the first seven postoperative days. Group A consisted of 50 children submitted to classic tonsillectomy with bipolar cauterization, while group B included 50 children operated on using the harmonic scalpel. Data on pain intensity were obtained using pain measuring scales adjusted to children’s age (Faces scales, visual analog scale). The first day of normal oral food intake was recorded.

The analysis of variance revealed that the grade of pain significantly differs by a surgical technique employed, and that it significantly varied over the first seven postoperative days. The pain was more severe after undergoing the harmonic scalpel technique and children started to eat later compared with the classic tonsillectomy. 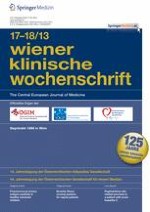