Matrix metalloproteinases (MMPs) are involved in systemic inflammatory responses and organ failure. The aim of this study was to evaluate early circulating plasma levels of MMP‑2, MMP‑9 and their inhibitors TIMP‑1 and TIMP‑2 and their prognostic significance in critically ill patients on admission to the intensive care unit (ICU).

The MMP‑9 and TIMP‑1 levels are significantly elevated in acute critical care settings with increased short-term mortality risk, especially in patients with underlying heart disease. These findings support the value of MMPs and TIMPs as prognostic markers and potential therapeutic targets in conditions leading to systemic inflammation and acute organ failure.
Hinweise

Matrix metalloproteinases (MMPs) are a group of zinc-dependent endopeptidases, which have the ability to disintegrate proteins of the extracellular matrix (ECM) [1]. They support migration of immune cells to infection sites and are further involved in a variety of endogenous proinflammatory and vasoactive cytokine responses, as well as in coagulation and fibrinolysis cascades [2, 3]. The activity of these enzymes is essential in several physiological processes, such as growth and wound healing but also in inflammatory and vascular pathophysiology (e.g. tissue remodeling, arteriosclerosis) [2]. Their activity is regulated in vivo by the specific endogenous tissue inhibitors of metalloproteinases (TIMP) [4‐6]. The balance of MMPs and TIMPs is important in order to maintain the integrity of the extracellular matrix [5].

MMPs and TIMPs in critical illness and cardiovascular disease

The inflammatory response following severe injury or infection is known to be regulated by a complex network of cytokines, initiated by tumor necrosis factor alpha (TNF-alpha). In most underlying conditions that lead to a fatal outcome critically ill patients seem prone to a systemic inflammatory cytokine storm [7]. Among the enzymes secreted by leukocytes, MMPs and their inhibitors are induced and involved in this systemic inflammatory cascade [8‐10]; particularly MMP‑9 has been shown to cleave inactive TNF‑alpha into its active form [11]. The MMPs and their inhibitors have been associated with mortality in organ injury [12‐14] and sepsis [15], where serum levels of TIMP‑1 and TIMP-1/MMP‑9 ratios have been associated with disease severity and mortality [16‐18].
Anzeige
The gelatinases MMP‑2 and MMP‑9 have a central role in cardiovascular disease [19, 20]; they are reportedly associated with heart tissue remodeling and were shown to be increased in the failing myocardium [5, 21‐23]. As an enzyme responsible for myocardial fibrosis [22], MMP‑2 may even be more sensitive than established markers, such as the brain natriuretic peptide (BNP) in heart failure patients with preserved ejection fraction [24]. Furthermore, MMP‑2 was shown to play a role in the oxidative stress response after ischemia/reperfusion injury [25] and is also proposed as a biomarker of cardiovascular remodeling in hypertension and left ventricular (LV) dysfunction [20]. In the early phase of myocardial infarction, MMP‑9 release is stimulated, as it cleaves mediators derived from neutrophils and dying cardiomyocytes [21]. The MMP‑9 plasma levels are elevated in coronary heart disease [26, 27] and associated with atherosclerotic plaque destabilization [28, 29], acute coronary events [30, 31] and mortality [32] in these patients. Accordingly, MMP‑9 was shown to be up-regulated during heart failure [33]. The inhibitors of MMP‑2 and MMP‑9, TIMP‑1 and TIMP‑2 are elevated in tissue and plasma during heart failure and myocardial infarction [5, 20, 22, 34, 35]. Higher circulating MMP‑9 and TIMP‑1 levels and MMP-9/TIMP‑1 ratios were reported in ischemic cardiomyopathy [36] and are associated with disease severity in heart failure [37] and tissue remodeling in myocardial hypertrophy [38]. The TIMP‑1 was further shown to correlate with infarct size in ST-elevation myocardial infarction [39]. Both MMP‑2 and MMP‑9 are involved in several cardiovascular and inflammatory diseases; they have been previously associated with critical disease progression and organ injury; however, their predictive value in a heterogeneous group of critically ill patients has not yet been evaluated. Thus, the rationale behind this study was to 1) determine the levels of MMP‑2, MMP‑9 and their inhibitors TIMP‑1 and TIMP‑2 in critically ill patients on admission to ICU, 2) evaluate the potential prognostic significance of MMPs and TIMPs on mortality and further 3) correlate MMP and TIMP levels with other laboratory parameters and an approved clinical survival score (simplified acute physiology score, SAPS II) in these patients.

The study was performed in accordance with the Declaration of Helsinki (1964), including current revisions, the Austrian Drug Law (Arzneimittelgesetz 1996) and the good clinical practice (GCP) guidelines of the European Commission. Approval from the ethics committee of the Medical University of Vienna (Ethik Kommission der Medizinischen Universität Wien) was obtained before initiating the study (Trial registration number: 5982006). The design was a prospective, single center observational study conducted in 120 consecutive patients admitted to the ICU of an internal medicine department, which is mainly dedicated to treat cardiology patients but also admits patients after open heart and thoracic surgery and comprises the entire spectrum of medical patients with critical illnesses.

End point was death at 30 days. Death was defined as all causes of mortality.

In all patients blood samples for determination of MMP‑2, MMP‑9, and their specific inhibitors (TIMP‑1 and TIMP-2) were taken within 12 h after admittance to the ICU. All samples were separated immediately and samples were frozen at −80 °C and stored for not longer than 6 months until analysis.
Anzeige

Analysis was performed with SPSS 20.0 (SPSS, Chicago, IL, USA). A probability value <0.05 was considered as statistically significant and MMPs were examined as continuous variables. Continuous variables were expressed as mean ± standard deviation or median and range if the assumption of a normal distribution was violated. Categorical variables were expressed as counts and percentages. Groups were then compared by Student’s t‑test or Mann-Whitney U‑test, as appropriate. Receiver operating characteristic (ROC) curves were generated using 30-day survival as a classification variable and MMP, TIMP and SAPS II as prognostic variables. The SAPS II, MMP‑9 and TIMP‑1 were evaluated for their independent association with hospital survival by logistic regression. Cox proportional hazard analysis was used to determine an association between 30-day mortality and MMP levels. Univariate logistic regression analysis was used to estimate odds ratios associated with an increase per standard deviation (OR per 1‑SD) of measurements. Multivariate analysis (logistic regression) was performed to take into account the effect of possible confounders. All variables that showed baseline imbalances (p < 0.1) between 30-day mortality and MMP levels or according to MMP levels were included in the multivariate model. The 30-day mortality according to the MMP‑2, MMP‑9 and TIMP‑1, TIMP‑2 levels was evaluated by calculating Kaplan Meier estimates.

MMPs and TIMPs levels on ICU admission and survival

MMPs and TIMPs on ICU admission and correlation with laboratory parameters

In a logistic regression model, MMP‑9 was independently associated with 30-day survival in the subpopulation of patients with cardiac disease (p = 0.042). In a subgroup analysis, plasma MMP‑9 (p = 0.002) and TIMP‑1 (p = 0.01) levels upon admission to the ICU as well as SAPSII (p < 0.0001) were independent predictors for 30-day survival in the patient group with cardiac disease only. Results of univariate logistic regression analysis regarding the respective associations between MMP‑9, TIMP‑1, SAPSII and 30-day mortality (unadjusted OR per standard deviation increase, 95% CI and p-values) are presented for the entire study population and for the subgroup with cardiac disease in Table 3.

There are some limitations regarding the generalizability of our results in ICU patients and the outcome. Firstly, despite the large study sample, the size of our subgroups with non-cardiac diseases, the smallest of which was our sepsis subgroup, could be considered insufficient for general comparison between outcomes in cardiac and non-cardiac disease patients. It cannot be excluded that larger studies concerning MMP and mortality, conducted in respiratory failure patients, might find trends which were not detected in our setting. Sepsis, however, as well as infection-associated mortality and organ dysfunction have been extensively studied in this context with outcomes comparable to the findings in our subgroup. Secondly, our patients’ diagnoses were determined on admission to ICU and do not necessarily indicate the final causes of death. Thus, our findings cannot be definitely related to specific organ system failures without autopsy and histopathological results, which were not included for this study. Lastly, as our aim was the prognostic relevance of MMP and TIMP levels for short-term mortality, they were only assessed at one singular but critical time point, i.e. an acute setting leading to ICU admission. Follow-up trends in MMP and TIMP levels and long-term mortality were not addressed in this study.

The prognostic significance of (early) TIMP‑1 levels has been extended to a heterogeneous group of critically ill patients and further support the predictive value of MMP‑9 levels on short-term mortality, especially in patients with underlying cardiac disease. These findings indicate a value of MMP‑9 and TIMP‑1 as prognostic markers and also as potential candidates for a multibiomarker approach and therapeutic targets in systemic inflammation and in settings of acute organ failure.
Anzeige

The study was supported by the Medical-Scientific Fund of the Mayor of Vienna (“Medizinisch Wissenschaftlicher Fonds des Bürgermeisters der Bundeshauptstadt Wien”) granted to Prof. Roswitha Wolfram.

All procedures followed were in accordance with the ethical standards of the responsible committee on human experimentation (institutional and national) and with the Helsinki Declaration of 1975, as revised in 2008.
Open Access This article is licensed under a Creative Commons Attribution 4.0 International License, which permits use, sharing, adaptation, distribution and reproduction in any medium or format, as long as you give appropriate credit to the original author(s) and the source, provide a link to the Creative Commons licence, and indicate if changes were made. The images or other third party material in this article are included in the article’s Creative Commons licence, unless indicated otherwise in a credit line to the material. If material is not included in the article’s Creative Commons licence and your intended use is not permitted by statutory regulation or exceeds the permitted use, you will need to obtain permission directly from the copyright holder. To view a copy of this licence, visit http://​creativecommons.​org/​licenses/​by/​4.​0/​. 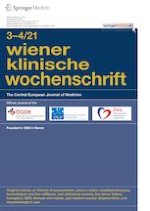