The inappropriate elevation of parathormone (PTH), which regulates the process of angiogenesis in parathyroid tissue, causes the changes of activity of enzymes responsible for the removal of free radicals. Parathyroidectomy (PTX) in patients with primary hyperparathyroidism (PHPT) lowers the level of PTH and leads to the reduction of risk of cardiovascular and all-cause mortality by normalization of the antioxidant status. Therefore, the aims of the study were to assess the activity of antioxidant enzymes and free radical reaction products in patients after parathyroidectomy, and to evaluate the correlation between the systemic oxidative stress and angiogenic parameters.

The significant increase of TAC, CER, reduction of TOS, MDA, SOD, especially for cytoplasmic form, and significant decrease of OSI, LHP were observed after PTX. There was no significant correlation between changes of oxidative stress markers and angiogenic parameters: VEGF, CD-31, CD-106 in parathyroid tissue. The correlation level was low and medium.

Blood serum and parathyroid tissue specimens, collected from 56 consecutive patients with PHPT treated surgically (age 55.66 ± 14.22 years), constituted our study material (Table 1). Blood samples for biochemical examinations were collected from patients 24 h before the surgery, as well as on postoperative day 15. At each time point, 5 ml of blood were aspirated into both vacuum tubes and vacuum tubes with an anticoagulant (EDTA). In order to obtain a hemolysate, 0.9% NaCl was added to the remaining blood cells. The material was mixed and centrifuged for 10 min at 3000 revolutions/min. Supernatant was removed and again 0.9% NaCl was added. The procedure was repeated twice. Afterward, 0.4 ml of blood was collected from the bottom of the test tube and 3.6 ml of doubly distilled water was added. After mixing, we obtained 10% blood cell lysate. The material was frozen at −80 °C. After thawing, biochemical examinations were performed.
Table 1
Group characteristics

Analysis of TOS and TAC

The TOS and TAC were determined in serum by the method described by Erel. TOS measurements were done by reading at end-point 560 nm in the spectrophotometer 3–4 min after mixing the samples and reagents, and the results were expressed in hydrogen peroxide liter (µmol H2O2 equiv/l). The method is based on the oxidation of ferrous ion to ferric ion in the presence of various oxidant species in acidic medium and the measurement of the ferric ion by xylenol orange [37]. TAC was assessed by the use of a standard antioxidant solution called Trolox equivalent which is analogous to vitamin E. TAC was presented as mmol Trolox equiv/l. TAC measurements were performed by kinetic reading in the spectrophotometer 5 min after the sample and reagent were mixed [38].

After TAC and TOS measurements, the OSI levels, which allow us to make an exact comment on the oxidant and antioxidant balance, were calculated according to the following formula specified in the catalog of the kit (rel assay diagnostics): OSI = (TOS µmol/l)/(TAC [mmol Trolox equiv/l] × 100).

The method of Oyanagui was used to measure the activity of superoxide dismutase (SOD) and its isoenzymes: the cytoplasmic Cu/Zn-superoxide dismutase (Cu/ZnSOD) and the mitochondrial Mn-superoxide dismutase (MnSOD). In this method, xanthine oxidase produces superoxide anions, which react with hydroxylamine forming nitric ions. This ions react with naphthalene diamine and sulfanilic acid, generating a colored product. Concentration of this product is proportional to the amount of produced superoxide anions and negatively proportional to the activity of SOD. The enzymatic activity of SOD was expressed in nitric units. The activity of SOD is equal to 1 nitric unit (NU) when it inhibits nitric ion production by 50%. Activities of SOD were normalized to milligram of protein in homogenates (NU/mg protein) [39]. The concentration of sulfhydryl groups (SH) in serum was determined by Koster method using 5,5’-dithiobis(2-nitrobenzoic acid)—DTNB. Concentration was shown in mmol/l [40]. Serum ceruloplasmin was determined spectrophotometrically using the Richterich reaction with p-phenyldiamine [41].

Lipid hydroperoxide concentration in serum was determined by Södergren et al. using xylene orange. Values were expressed in mmol/l. All this parameters were measured with the use of the Perkin Elmer spectrophotometer Victor X3 [42]. The malondialdehyde level was determined by the Ohkawa method using a Perkin Elmer LS45 spectrofluorometer. The concentration of MDA was expressed as mol/g of protein [43].

For immunohistology, all specimens were immediately fixed for 20 min in cold acetone (−20 °C) and immersed in embedding medium (OCT Compound, Miles Inc.), and all of them were cut serially into 5 μm thickness slides, air dried at room temperature, and assayed. Frozen sections were incubated with murine monoclonal anti-human: anti-VEGF (clone SP28), anti-CD31 (clone JC/70A), and anti-CD106 (clone 1.4C3). The dilution of the primary antibodies was 1:500 and was verified in a series of pilot experiments. The immunohistological investigations were performed by the BrightVision method from ImmunoLogic, according to the manufacturer’s instructions. The primary antibody was omitted from negative control slides. The sections were counterstained with Mayer’s hematoxylin. Each specimen was evaluated qualitatively, semiquantitatively (score index from 0 to 3+), and quantitatively. Semiquantitative score index was as follows: (0): no staining; (1+): weak focal staining; (2+): multifocal moderate staining; and (3+): diffuse strong staining. Positively stained cells were counted in all cryostat sections in at least 10 high power fields (HPF) per each biopsy under 400x magnification and averaged for each field using Nikon Eclipse 80i microscope with DSFi1 digital camera and NIS Elements software form Nikon.
All patients gave their informed consent. The protocol was approved by the institutional ethics committee.

All statistical analyses were done with the use of STATISTICA 10 program. The normality of the results distribution was verified using the Shapiro–Wilk test. Due to the small size of the groups we used non-parametric “U” Mann–Whitney test, and the data were presented as median with the first and fourth quartiles. The results were considered statistically significant if p < 0.05. The lack of statistical significance was presented as NS (nonsignificant). 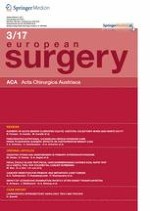