The medical term onychomycosis should be understood as chronic infection of the nails caused by a fungus. The most common causative agents are the dermatophytes and Candida species. The less common are certain types of moulds (nondermatophyte moulds or NDMs). In approximately 60–80 % of the cases, onychomycosis is due to dermatophytes. Among dermatophytes, the most often isolated causative pathogen is Trichophyton (T.) rubrum. Other common species are T. interdigitale (formerly T. mentagrophytes), Epidermophyton floccosum, and T. tonsurans. The most significant yeasts causing onychomycosis are Candida albicans and Candida parapsilosis. Predisposing factors for onychomycosis include mainly diseases such as diabetes mellitus, peripheral vascular arterial disease, chronic venous insufficiency, polyneuropathies of diverse etiologies, and immunosuppression, e.g., myeloproliferative diseases (such as lymphoma and paraproteinemia), HIV/AIDS, etc. Other factors facilitating the fungal infection are frequent trauma in professional sportsmen, often accompanied by excessive perspiration. The diagnostic methods that are often applied in different dermatologic departments and ambulatory units are also different. This precludes the creation of a unified diagnostic algorithm that could be used everywhere as a possible standard. In most of the cases, the method of choice depends on the specialist’s individual experience. The therapeutic approach depends mostly on the fungal organism identified by the dermatologist or mycologist. This review hereby includes the conventional as well as the newest and most reliable and modern methods used for the identification of the pathogens causing onychomycosis. Moreover, detailed information is suggested, about the choice of therapeutic scheme in case whether dermatophytes, moulds, or yeasts have been identified as causative agents. A thorough discussion of the schemes and duration of the antifungal therapy in certain groups of patients have been included. 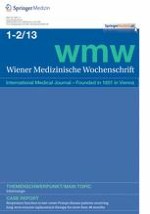