Neoadjuvant checkpoint inhibition in resectable non-small-cell lung cancer (NSCLC) is safe and high major pathologic response (MPR) and pathologic complete response (pCR) rates can be achieved in combination with chemotherapy. The Checkmate 816 trial gives evidence that pathologic response also leads to EFS benefit. This opens new opportunities in the curative setting but also raises questions: What is the value of adjuvant treatment with checkpoint inhibitors? Or should we treat our patients peri-operatively? Which biomarkers can we use for treatment decisions and monitoring of curative patients? Targeted therapies in the neoadjuvant setting lead to promising response rates and data for EFS and overall survival are eagerly awaited.
Hinweise

In early and locally advanced stage non-small-cell lung cancer (NSCLC), surgery is the cornerstone of curative-intent treatments, resulting in a 5-year overall survival (OS) rate varying from 92% in stage IA to 26% in stage IIIB. The addition of neoadjuvant or adjuvant chemotherapy results in an absolute improvement of only 5% in the 5‑year survival [1]. Neoadjuvant strategies offer chances by treating micrometastases at the earliest time point, assessing treatment efficacy on the tumor specimen, and increasing patient compliance with therapy prior to surgery. In this review, novel neoadjuvant treatment strategies will be summarized.

Checkpoint inhibitors have revolutionized treatment and prognosis for lung cancer patients in the metastatic setting and are currently being explored in early stage disease. The first study that investigated a checkpoint inhibitor in the neoadjuvant setting was presented at ESMO 2016 by Forde et al. using two doses of nivolumab before surgical resection [2]. The study included 21 patients with stage I–IIIA disease. The treatment was feasible and safe, without any treatment-related surgical delay. Nine (45%) patients achieved a major pathologic response (MPR) rate defined as less than 10% viable tumor cells. Three patients achieved a pathologic complete response (pCR) in the tumor bed. No patients had evidence of progression, with a median of 65% pathological regression in the primary tumor [2].
Anzeige
The largest monotherapy trial of checkpoint inhibition in resectable NSCLC is the LCMC3 phase 2 study with atezolizumab as the immune agent [3]. It enrolled 181 patients with stage IB–IIIB NSCLC without driver mutations who received two cycles of atezolizumab followed by resection. Patients who benefited from therapy could continue adjuvant atezolizumab for 12 months. The primary endpoint was MPR. Stage IIIA disease accounted for 40% and stage IIIB for 9% of the study population. Treatment led to MPR in 21% of patients and pathologic complete responses in 7% of patients [3]. The 1‑year disease-free survival (DFS) was 85% for patients with stage I or II disease as well as for those with stage III disease.
The IONESCO trial presented by Wislez et al. at ESMO 2021 investigated three doses of neoadjuvant durvalumab in 46 patients and correlated pathological response with outcome [4]. The extent of pathological response (measured as % of residual viable tumor cells) was an independent prognostic factor for OS and DFS [4]. Several other PD‑1 and PDL‑1 inhibitors have been investigated as monotherapy in the neoadjuvant setting leading to MPR rates of 14–45% and pCR rates of 0–16% (Table 1).
Table 1
Neoadjuvant trials investigating checkpoint inhibition
× n number of cycles
Combinations of two checkpoint inhibitors in the neoadjuvant setting also showed promising results as in the phase 2 NEOSTAR trial [6]. This study conducted neoadjuvant nivolumab or nivolumab plus ipilimumab followed by surgery in 44 patients with operable NSCLC. The MPR rate was 38% (8 of 21) in the combination arm and 22% (5 of 23) in the nivolumab arm. Nivolumab and ipilimumab resulted in higher pCR rates (10% vs 38%) fewer viable tumor cells (median 50% vs 9%) and greater frequencies of effector, tissue-resident memory and effector memory T cells. The authors concluded that the combination enhances pathologic responses, tumor immune infiltrates, and immunologic memory [6].
The most promising results have been seen for a neoadjuvant combination of checkpoint inhibitors with chemotherapy leading to MPR rates of 57–83% and pCR rates of 18–63% (Table 2). On the basis of the results from the phase 3 CheckMate 816 trial, nivolumab in combination with chemotherapy was approved by the US Food and Drug Administration as neoadjuvant treatment for patients with resectable stage IB–IIIA NSCLC in March 2022 [7]. Patients were randomized to receive either nivolumab 360 mg plus platinum doublet chemotherapy every 3 weeks for up to three cycles, or platinum doublet chemotherapy alone, followed by surgery. Adjuvant chemotherapy and radiotherapy were allowed but no postoperative treatment with nivolumab was given. Patients with known EGFR mutations or ALK translocations were excluded from the study. The primary endpoints of the trial were pCR and event-free survival (EFS), defined as the length of time from randomization to any of the following events: any progression of disease precluding surgery, progression, or recurrence of disease after surgery, or death due to any cause. Nivolumab plus chemotherapy showed a statistically significant improvement in EFS with a 37% reduction in the risk of progression, recurrence or death (hazard ratio [HR] 0.63; 95% confidence interval [CI] 0.43–0.91; P = 0.005) compared to chemotherapy alone [7]. The median EFS for the combination arm was 31.6 months (95% CI 30.2 to not reached [NR]) compared to 20.8 months for patients treated with chemotherapy alone (95% CI 14.0–26.7). The combination improved EFS at all levels of PD-L1 expression; however, the magnitude of benefit was greater in patients with a tumor PD-L1 expression level of 1% or more than in those with a level of less than 1%. While the data are still immature, favorable early OS results were observed with nivolumab in combination with chemotherapy (HR 0.57; 99.67% CI 0.30–1.07). At 2 years, 83% of patients treated with the combination therapy were alive, compared to 71% with chemotherapy alone. Furthermore, 24% of patients treated with nivolumab plus chemotherapy achieved pCR (95% CI 18.0–31.0), compared to 2.2% of patients treated with chemotherapy alone (95% CI 0.6–5.6; P < 0.0001) [7]. A promising biomarker was the clearance of circulating tumor DNA (ctDNA; defined as change from detectable levels of ctDNA at cycle 1 to undetectable levels of ctDNA at cycle 3). In all, 56% of patients treated with the combination achieved ctDNA clearance compared to 35% treated with chemotherapy alone.
Table 2
Neoadjuvant trials investigating checkpoint inhibition in combination with chemotherapy
× n number of cycles
Anzeige
These encouraging results are further supported by a safety profile that is consistent with previous reports. Numerically, a greater percentage of patients treated with neoadjuvant nivolumab plus chemotherapy had complete resection, while fewer patients underwent pneumonectomy. The addition of nivolumab to chemotherapy did not lead to a delay of surgical resection or increased postoperative complications.
Further ongoing phase 3 trials are the Keynote 671 trial evaluating a neoadjuvant concept of pembrolizumab or placebo in combination with chemotherapy followed by adjuvant pembrolizumab or placebo, the AEGEAN trial evaluating the same concept with the checkpoint inhibitor durvalumab, and the IMpower030 trial using the checkpoint inhibitor atezolizumab.

In the context of driver mutations, neoadjuvant trials with targeted therapies are also ongoing. In the phase 2 NEOS trial, osimertinib 80 mg is given daily for 6 weeks before surgery in patients with resectable NSCLC with common EGFR mutations (Del19 and L858R). At this year’s European Lung Cancer Congress, an updated analysis was presented. A total of 40 patients have been enrolled so far. Thirty-eight patients completed neoadjuvant treatment with osimertinib as planned and 32 patients had surgical resection. The objective response rate was 71.1% and the disease control rate was 100%. Of the pathologically evaluable patients, 11% achieved a major pathologic response with less than 10% viable tumor cells, including 1 patient with pCR. In 46% of patients, pathological response was ≥ 50% [8].
Combining an EGFR TKI and chemotherapy in the neoadjuvant setting may optimize tumor downstaging and micrometastatic eradication. The phase 3 NeoADAURA trial is currently enrolling patients with resectable, stage II-IIIB NSCLC whose tumors harbor EGFR mutations into three arms: neoadjuvant osimertinib as monotherapy or in combination with chemotherapy versus standard of care chemotherapy with placebo [9]. Participants will be stratified by disease stage (II vs III), ethnicity, and type of EGFR mutation (exon 19 deletion or L858R deletion). The primary endpoints are MPR and pCR.
In ALK-positive NSCLC, the ALNEO trial is evaluating alectinib as neoadjuvant treatment for 8 weeks followed by surgery and postoperative treatment with alectinib for 96 weeks. The primary endpoint is MPR.

A. Terbuch and G. Absenger declare that they have no competing interests.

For this article no studies with human participants or animals were performed by any of the authors. All studies mentioned were in accordance with the ethical standards indicated in each case.
Open Access This article is licensed under a Creative Commons Attribution 4.0 International License, which permits use, sharing, adaptation, distribution and reproduction in any medium or format, as long as you give appropriate credit to the original author(s) and the source, provide a link to the Creative Commons licence, and indicate if changes were made. The images or other third party material in this article are included in the article’s Creative Commons licence, unless indicated otherwise in a credit line to the material. If material is not included in the article’s Creative Commons licence and your intended use is not permitted by statutory regulation or exceeds the permitted use, you will need to obtain permission directly from the copyright holder. To view a copy of this licence, visit http://​creativecommons.​org/​licenses/​by/​4.​0/​. 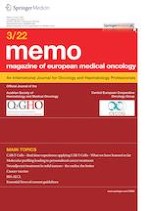 CAR T cells in multiple myeloma: Where we stand and where we might be going