Atypical Mole Syndrome is the most important phenotypic risk factor for cutaneous melanoma, a malignancy that accounts for about 80 % of deaths from skin cancer. Since early diagnosis of melanoma is of great prognostic relevance, the identification of Atypical Mole Syndrome carriers (sporadic and familial) is essential, as well as the recommendation of preventative measures that must be undertaken by these patients.
We report two rare cases concerning patients with multiple primary skin melanomas in the setting of a familial and a sporadic syndrome of dysplastic nevi: the first patient is a 67-year-old patient with a history of multiple superficial spreading melanomas localized on his back. The second patient presented with multiple primary melanomas in advanced stage in the context of the so-called sporadic form of the syndrome of dysplastic nevi—AMS (atypical mole syndrome). In the first case, excision of the melanomas was carried out with an uneventful post-operative period. In the second case, disseminated metastases were detected, involving the right fibula, the abdominal cavity as well as multiple lesions in the brain. The patient declined BRAF mutation tests as well as chemotherapy or targeted therapies, and suffered a rapid deterioration in his general condition leading to death. We classified the second case as a sporadic form of the atypical mole syndrome, associated with one nodular and two superficial spreading melanomas.
There are no data in the literature to allow us to understand if, in patients with multiple primary melanomas, there is any difference in terms of prognosis between those with and without a family history of a similar phenotype. To answer this and other questions related to these rare cases, further studies with a significant number of patients should be carried out. 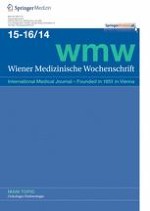