A 67-year-old woman with triphasic Raynaud’s phenomenon since 2 years was diagnosed as having limited cutaneous systemic sclerosis (SSc) 1 year ago based on puffy fingers, positive antinuclear and anti-Scl-70 autoantibodies, and initial pulmonary fibrosis. Capillaroscopic examination revealed “mosaic” capillaroscopic findings that included normal pattern; “scleroderma”-type capillaroscopic pattern “early” phase, with single giant capillaries and haemorrhages, preserved capillary distribution; and “scleroderma”-type capillaroscopic pattern “active” phase, with high number of giant capillary loops and haemorrhages, moderately disturbed distribution. Nailfold capillaroscopy is an established non-invasive imaging technique for morphologic evaluation of the capillaries in the nail-fold area that reveals diagnostic changes in the majority of SSc patients. It has been included in the recently published EULAR/ACR (European League Against Rheumatism/American College of Rheumatology) classification criteria for SSc (2013). The generalized microangiopathy is a cardinal feature of SSc, but the underlying endothelial damage of the capillaries varies in the different compartments of the body, sometimes even within the same organ. As typical capillaroscopic findings are diagnostic in clinical context, this case of a “mosaic” pattern should remind the clinicians that the capillaroscopic examination should be performed for the eight fingers bilaterally (excluding the thumbs because of poor visibility), in order to detect the presence of all types and grades of pathological microvascular changes to facilitate the highest diagnostic accuracy. 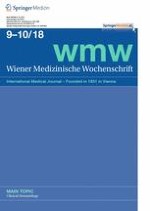 Psychosocial aspects associated with use of sunscreen, natural sunlight exposure, and artificial tanning

Intravenous immunoglobulins for treatment of connective tissue diseases in dermatology