Cataract surgery is the most commonly performed elective surgical procedure worldwide. While the operation has been mainly conducted as day-case (outpatient) surgery throughout the world since the beginning of this millennium, this development has been much slower in Austria. The number of patients requesting day-case surgery has markedly increased in the last few years.

Prior to the introduction of a day clinic at our department in 2007, we evaluated the patients’ acceptance of day-case surgery using a questionnaire. At the time, less than half of the patients wished to undergo day-case surgery. Another survey was performed 7 years later to determine if there were any changes.

The desire for day-case surgery increased significantly from 38.8 to 87.1%. The mean age of the patients and their visual impairment had decreased. Home care improved, but not to the same extent. The number of patients who had to travel more than an hour to reach the hospital had significantly increased. 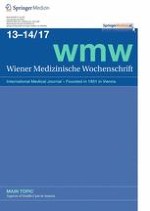