Osteoclast research has an exciting history and a challenging future. More than 3 decades ago, it became evident that bone-resorbing osteoclasts are of hematopoietic origin and are ultimately linked to the “basic multicellular unit,” where they team up with the other cell types, including bone-forming osteoblasts. Since 2 decades, we have learned about the signaling pathways controlling genes relevant for osteoclastogenesis and bone resorption. It took another decade until the hypothesized “osteoclast differentiation” factor was discovered and was translated into an approved pharmacologic strategy. Here, the focus is on another molecular target, cathepsin K, a cysteine protease being released by the osteoclast into the resorption compartment. Genetic deletion and pharmacological blocking of cathepsin K reduces bone resorption but with ongoing bone formation. This observation not only holds great promise to become a new pharmacologic strategy, but it also provides new insights into the coordinated work of cells in the “basic multicellular unit” and thus, bridges the history and future of osteoclast research. This article is a short primer on osteoclast biology for readers of the special issue on odanacatib, a cathepsin K inhibitor. 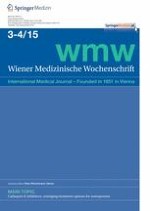 Treatment of osteoporosis: current state of the art