Migraines have adverse psychological consequences, one of which is the tendency towards depression. This study aimed to investigate the effects of migraine on adults’ depression in the form of a systematic review and meta-analysis

Several scientific databases were searched using relevant keywords until the end of January 2018. After reviewing the titles and abstracts and the full texts, the researchers eventually included 16 eligible articles. Major and sub-group analyses were carried out using random effects. Publication bias was also measured.

Migraine can play an important role in increasing the incidence of depression in affected patients. Therefore, identifying and ultimately treating the disease can be beneficial in reducing the negative psychological effects of this disease. 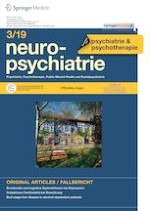