The recent proposal of splitting the genus Borrelia into two genera in the newly formed family of Borreliaceae, i. e. Borrelia and Borreliella has motivated us to reflect upon how these organisms has been characterized and differentiated. This article therefore aims to take a closer look on the biology and virulence attributes of the two suggested genera, i. e. those causing Lyme borreliosis and relapsing fever borreliosis. Both genera have much in common with similar infection biological features. They are both characterized as bacterial zoonoses, transmitted by hematophagous arthropods with almost identical microbiological appearance. Nevertheless, a closer look at the genotypic and phenotypic characteristics clearly reveals several differences that might motivate the suggested split. On the other hand, a change of this well-established classification within the genus Borrelia might impose an economical burden as well as a great confusion in society, including medical and scientific societies as well as the general population. 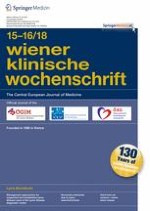