Smartphone addiction is one of the most common non-drug addictions, accompanied by negative effects, such as depression, anxiety, self-disclosure, impaired academic performance, family life and human relationships. The aim of the present study was to assess the prevalence of a predisposition to smartphone use disorder in university students and to investigate the associations between the intensity of mobile phone use and several variables. A total of 150 students, from 2 universities from Timisoara, were included in the study. Students were requested to answer two questionnaires: Mobile Phone Dependence Questionnaire (MPDQ) and International Stress Management Association Questionnaire (ISMA). The study revealed a relative high number of students with a predisposition to smartphone use disorder, with significant correlations between indicators of smartphone addiction and stress scores. Also, significant correlations were obtained between MPDQ scores and students age, period of mobile phone use and ISMA 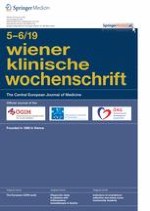