Incidence and long-term outcome of sepsis on general wards and in an ICU at the General Hospital of Vienna: an observational cohort study | springermedizin.at Skip to main content
TOOLBAR 1 2 3 4
SUCHE MENÜ 1 2 3 4

Sepsis is one of the leading causes of death in intensive care units (ICUs) and has enormous relevance in health economics. There is growing evidence, however, that a significant percentage of patients with sepsis are not treated in an ICU. The aim of this study was to describe the epidemiology and short- and long-term mortality of sepsis according to patients’ location on general wards or in an ICU over a period of a year. We retrospectively collected data on patients with sepsis admitted to the General Hospital of Vienna during a 12-month period. We used world health organization (WHO) ICD-10 classification as the selection criterion and analyzed demographic data, length of stay, and 28-day, hospital, and 3-year mortality on general wards and in the ICU. A total of 68,305 inpatient admission episodes between January 1 and December 31, 2007 were screened for sepsis. Using ICD-10 codes we identified 139 patients with sepsis, giving a cumulative hospital incidence of 2 cases/1,000 admissions; 32 % of these patients needed ICU treatment. The overall 28-day mortality rate was 29.5 %, increasing to 55.4 % 3 years after hospital discharge. On general wards the 28-day mortality rate was 12.6 %, increasing to 42.1 % 3 years after discharge; the respective rates for the ICU were 65.9 and 84.1 %. Sepsis is a disease of predominantly elderly patients. The majority of sepsis occurred on general wards and about 30 % in the ICU. Considerable number of patients with sepsis on general wards died after hospital discharge, thus the often used 28-day in-hospital mortality rate may fail to capture the true impact of sepsis on subsequent outcome. 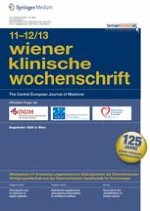